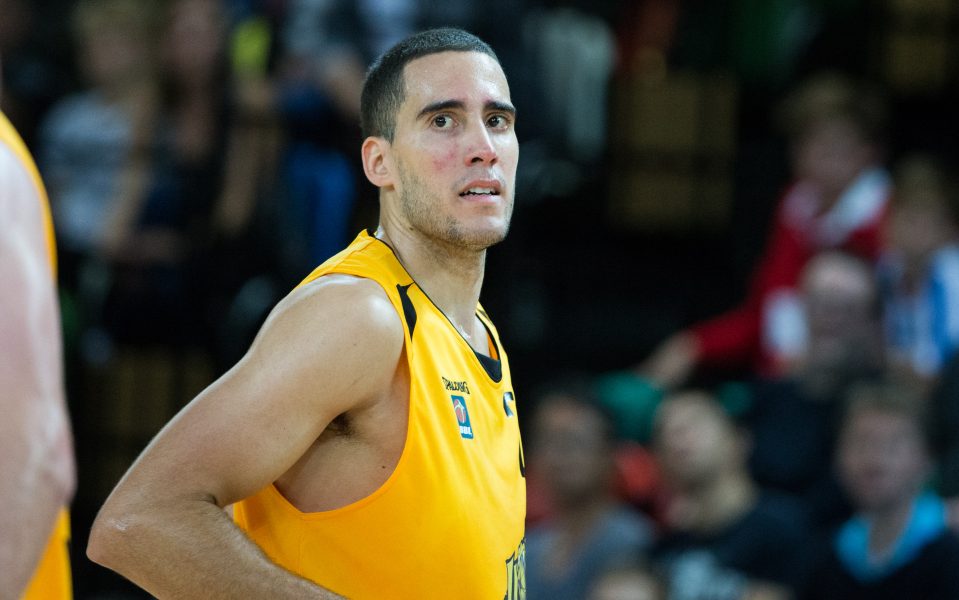 Esh Group Eagles Newcastle are delighted to announce their first signing for the forthcoming 2017/18 British Basketball Season, writes Jeff King. And whilst the player flying in is a first-time Eagle, his face will be familiar to their fans as well as the rest of The BBL.

Kai Williams is a 29-year old 6’ 6” swingman who will make Newcastle the fourth stop on his BBL journey which started with Cheshire Phoenix in 2012 before he moved to Worcester Wolves and then for the past two seasons, London Lions.

As well as Eagles fans knowing him, Kai himself is well versed in The Eagles’ culture and admits it was one of the factors in him signing for the Tyneside outfit as well as stating he’s very excited about the move.

“I am happy and very excited about joining Newcastle for this upcoming season. From past Eagles players I have heard nothing but good things so feel it will be a great situation.”

“After receiving their offer and talking everything over with my agent and fiancée it seemed as though this was a great situation for us on and off the court so we jumped at the opportunity.”

“I think the combination of The Club’s history and fan support is what also helped draw me in.”

“I’m a player that has always tried to put the team’s needs before my own so I’m going to try my best to contribute in anyway the team needs in order to be successful.”

Williams who last year averaged 12 pts and 5.1 rebounds a game for London has played in over 160 competitive during his BBL career and overall averages 10.6 points and 4.4 rebounds when he steps on court also had a season in 2014 in the top Swedish League with Umea.

The athletic forward who runs the floor very smoothly is equally adept at cutting to the basket or shooting from outside to get his points and is known as a hard-working team player.

Eagles Head Coach who is pleased to confirm Kai’s signature had this to say.

“Kai is a talented player who has won in this league which is always important. We think he will be an excellent fit with the group we are building.”

The Eagles are still waiting to confirm further signings which should be announced soon.