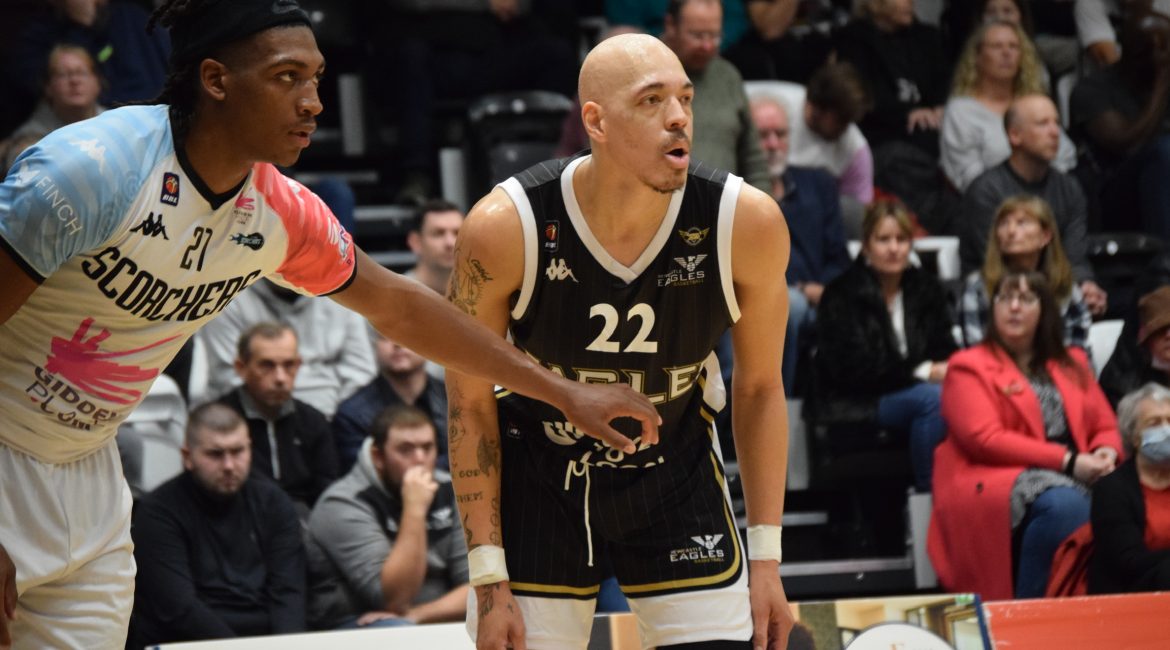 It’s been two weeks since the Newcastle Eagles took to the basketball court in the BBL and they have to wait a further few days before their next match-up.

That will be a home clash at the Vertu Motors Arena this coming Friday against a tough Sheffield Sharks side.

This will be a Championship fixture with the Sharks already haven beaten Newcastle twice in the BBL Cup group stages.

However, the Eagles have a new ace in their pack in the form of newly signed Brandon Peel and with some solid practices since the sides met last a different outcome is expected.

Peel has already shown his worth to his new teammates with two excellent supporting performances when Newcastle got back to winning ways beating Surrey and Plymouth over his first weekend as an Eagle.

“I’m settling into Newcastle quite well. I very much like the city and the people are nice as well. You can tell this city really supports its teams and I’ve definitely felt the love and support that comes with being a part of the Newcastle basketball club.”

He was also pleased that he was able to contribute immediately and help the team to two wins in his first appearances.

“After playing my first 2 games I feel like I will really fit in with the team. The guys have welcomed me with open arms and I’ve been getting more and more acclimated with the offense and team concept as we prepare for our match against Sheffield next Friday.”

He’s also been very impressed at what he’s seen of his new colleagues both on the court in practice and in games and feels that it is a very potent team to be part of.

“This team has a lot of dangerous scorers and playmakers so I believe offensively we will be a tough team to guard all season.

“We also have the potential to prove how good we are defensively as well so I believe we will be a tough team to beat.”

Now that he’s settled in, had a taste of Eagles basketball life, a chance to draw breath and assess the situation Peel is looking forward to what is to come.

“I’m extremely excited for what’s to come this season and I believe we can win some trophies this season if we do what we’re supposed to. It all comes down to how we practice and prepare for every game.”

Practice and preparation are certainly one of the keys and cornerstones to success. Brandon Peek know that Friday’s game live in front of the Sky Sports camera will be an ideal opportunity to show the rest of the league that they are now in the running for honours this season.