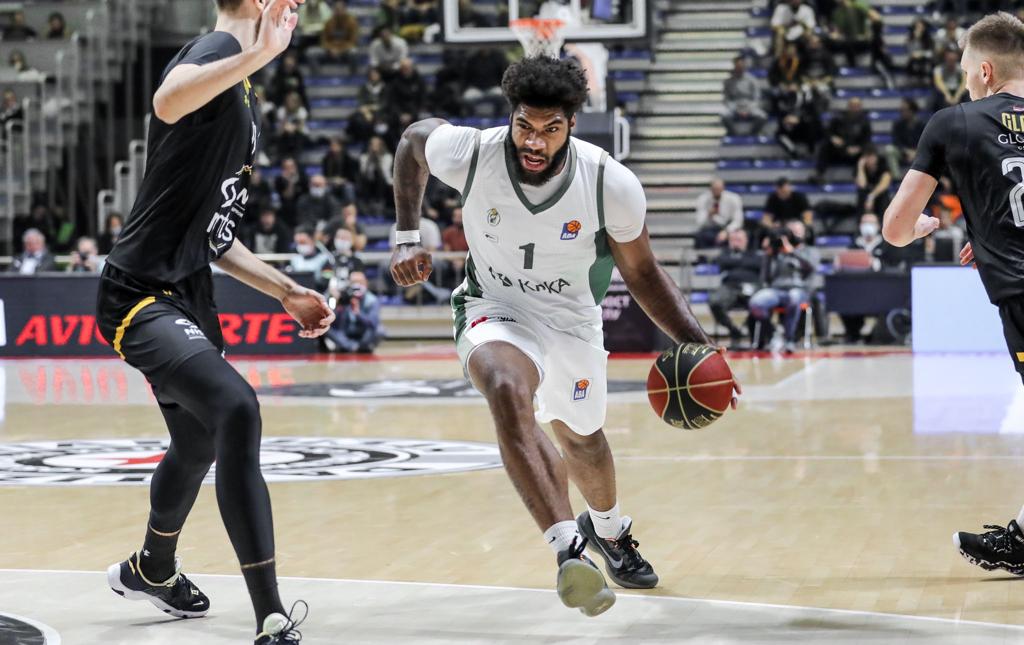 There will be a new face on court for Newcastle Eagles when they run out against Cheshire Phoenix tonight as Hashan French makes his Eagles debut after flying in to join the 2022-23 roster.

“It feels good to join the squad. I’m excited to join and give the team some fight. I’ve heard in the past the team was very successful which we hope to get the team back on the winning track”, said French.

After graduating in 2021 he turned professional and spent his rookie season last year with Krka Novo Mesto in the Slovenia-Liga Nova KBM as well as playing in the Adriatic League.

The 24-year-old was drafted by the Toronto Raptors for their Raptors 905 NBA G-League side in the summer and also had an NFL try-out in 2021 with the Tennessee Titans as tight-end.

Now though he’s an Eagle and he’s keen to get started with his new team and justify the faith that Newcastle’s management has shown in clinching his signing.

“Coming from two great leagues before the BBL gives me a lot of experience and prepared me for a different style of play all across the world at a high level”, the American forward added.

“My style of play is playing hard on both sides of the ball but being very versatile and being able to do many things on the floor on offense and defence that will help the team win.”

“I can’t wait to see the great fans and give them something to cheer about this season.”

Head coach Marc Steutel has shown both in pre-season and once the season tipped off that he’s not afraid of making tough and decisive decisions about players and is looking forward to seeing what French can bring to his roster.

“Hasahn is a very exciting prospect. He has shown his defensive abilities across his career and was recognised twice in his conference on the all-defensive team”, said Steutel.

“Hasahn is an extremely hard-working player and someone we want to acclimate with the group as soon as we can.”

Newcastle Eagles officials have been working around the clock to get the required paperwork completed in time for this evening’s tip-0ff at the Vertu Motors Arena.

Limited tickets are still available on the box office and on the door.