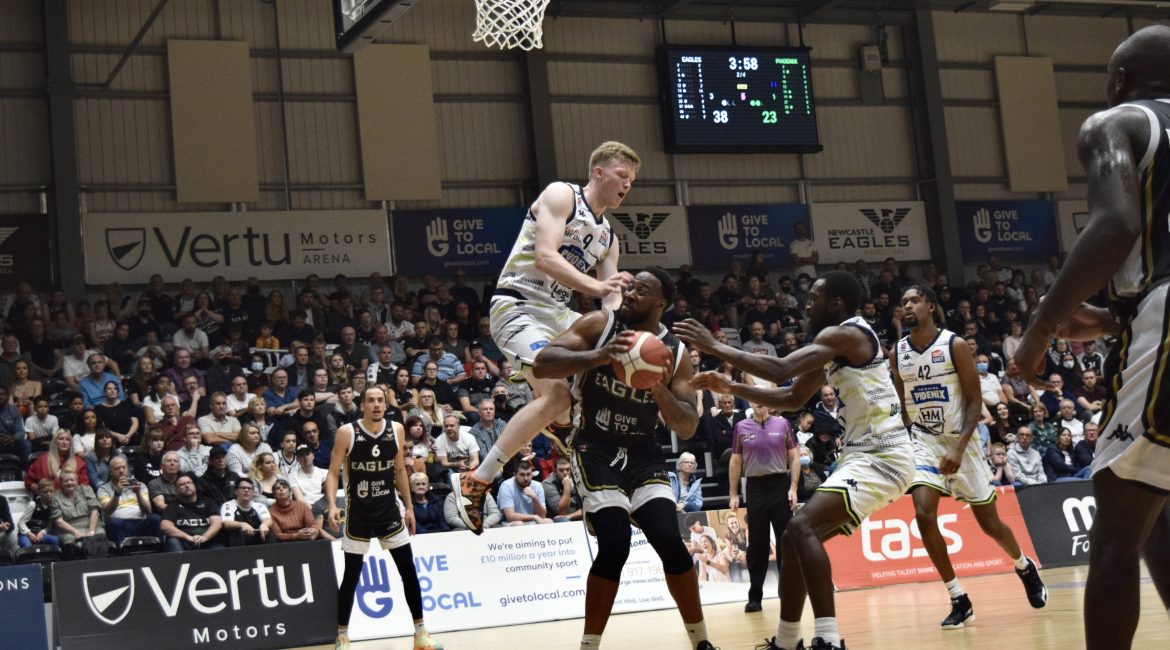 “Mr. 27” brought his veteran leadership to the court as our Eagles picked up their first victory of the new campaign

Both Defoe and Rahmon Fletcher posted double-doubles, which earned the latter a seat on the bench in the leagues pick of the players following the weekend’s action.

The starting spot accolade went to Defoe though from his 19 points at 60% shooting and grabbing 10 rebounds.

The Newcastle famous number 13 also handing out four assists in the 94-74 win.

Defoe scored eight early points and two buckets that sparked a 19-2 surge that put the Eagles up double-figures.