Newcastle Eagles/News/Cohn Making The Most of Terrific Tyneside 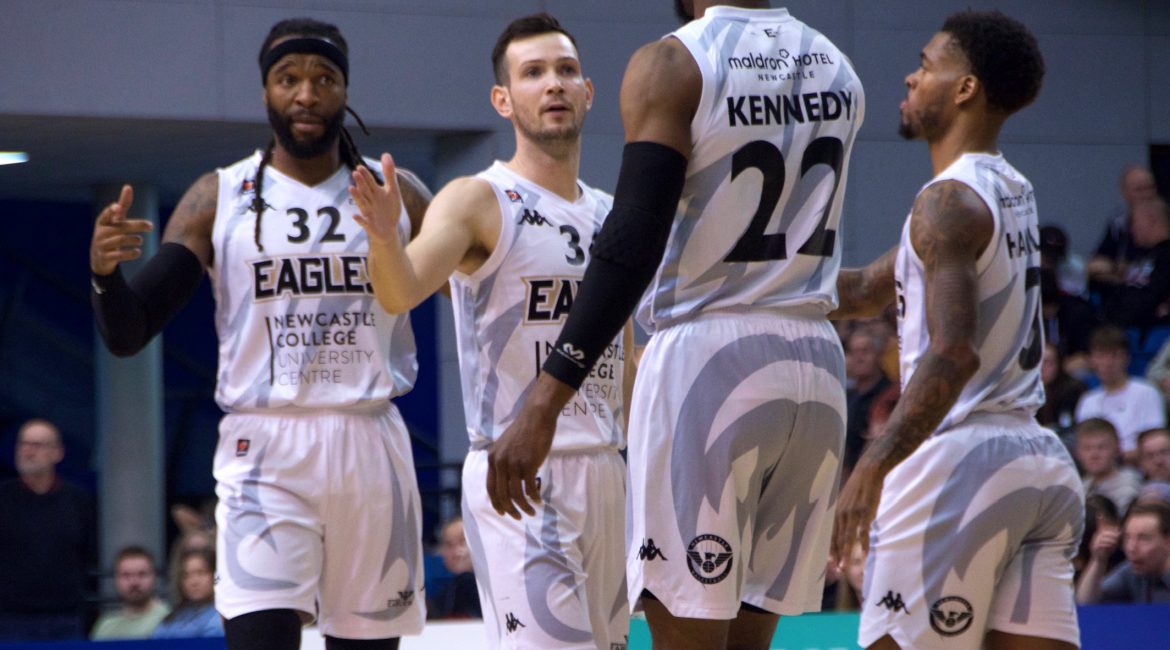 He may have only been in Newcastle for a few weeks, but it’s safe to say David Cohn is loving everything Tyneside has to offer.

The former NCAA Division 1 College of William and Mary graduate has already made a name for himself with Eagles fans too after his 20-point performance last week helped Newcastle secure their first BBL Championship win of the season against Bristol Flyers.

And the fourth year pro admits he is loving his time in the North East so far.

“As a city, Newcastle is terrific,” said Cohn.

“The whole northeast here is a special place. I’ve always admired England from afar, just as a country, everything. Everything about it.

“I have a friend who lives in Edinburgh so I’ve been able to see him which has been really cool. It’s just really cool taking it all in and trying to really live like a local.”

However, on the court, the Eagles and Cohn have been a bit more frustrated so far this term.

They have won just one of their BBL Championship games this season, which came in their home win over Bristol.

There was plenty of roster turnover on Tyneside this summer, which has not helped the Eagles fluidity and cohesiveness.

Partnerships take time to build and develop, something which this Newcastle squad has yet to have masses of.

And while they have only toasted to one BBL Championship win this season, Newcastle’s point guard believes it’s only a matter of time before the Eagles begin to soar.

“Obviously the wins haven’t been there yet,” said Cohn.

“I think every team goes through things during the course of the season, and it’s just trying to work through them and play the right way.

“We’ve shown at times that we’ve hung in there with the best teams in the league.

“We’ve beat the Bristol Flyers who were top of the leader board. We’ve shown we can we can do it. It’s just trying to figure each other out and get comfortable with playing with each other and playing the right way and within Mark’s [Steutel] system.”

This Friday sees Cohn and co take on a Plymouth City Patriots side who have enjoyed a mixed start to their BBL campaign, winning two and losing two.

And on the back of a disappointing 87-62 loss last Sunday to Sheffield Sharks, Cohn hopes he and his team mates will be able to put on a show for the Eagles faithful

“Every game is a must win, I guess you could say,” added Cohn.

“Our backs were against the wall against Bristol and we responded. We needed that home win, defend the home court and beat a good team and I feel like it’s a similar this week.

“We’re going to do everything we can and hopefully we’ll walk away with a win and use that momentum to keep it rolling.

“We want to show another good performance like we did against Bristol and we’re excited to get back on the court after Sunday’s loss.”

Limited tickets are still available for the 7:45pm Friday night contest and can be purchased from the box office.