Newcastle Eagles/News/BBL/Cohn In The Zone 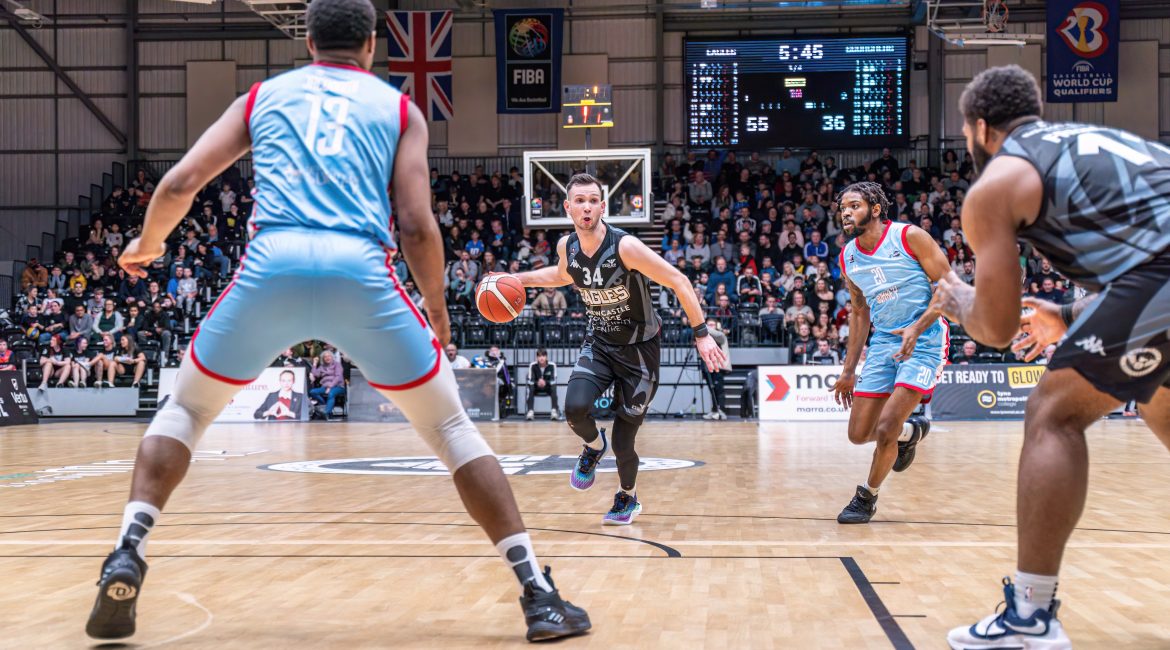 David Cohn has revealed how hitting the books is helping him write a brand new chapter in the storied history of British basketball’s most successful franchise.

The 27-year-old exploded off 31 points in just 31 minutes to sentence basement club Surrey Scorchers to a 79-72 defeat on Friday.

And Cohn’s sparkling form has coincided with a run of three wins in four for Marc Steutel’s new-look Newcastle Eagles.

“I was going through a lot of difficulties off the court earlier in the year and it was affecting my play,” admitted the former Panthers Schwenningen playmaker.

“Luckily I have a good support system and I’ve been reading sports psychology books to help improve my overall game.

“That knowledge has been working wonders.

“My play has picked up and I’m able to help the team in the way that I want to.”

Cohn added seven assists, four steals and four rebounds to his game high 31 against the shellshocked Scorchers in front of another bumper Vertu Motors Arena crowd.

And the Chicago native revealed a top tip from buddy Elijah Bryant — a former NBA Championship winner with Milwaukee Bucks — helped turn his season around.

“I’ve never spoken to a sports psychologist but Elijah, who’s playing Euroleague for Efes in Turkey this season, is really into the subject,” added Cohn.

“He’s got a guy that he speaks to and he’s recommended the right books to me.

“So I figured that before I spoke to someone myself I’d dive into the literature and see if that helped.

“It’s really improved my mindset and it allows me to get into the zone more easily. Sports psychology helps me to understand who I am and what I can do.”

Cohn and Bryant became close during their time together at Hapoel Eilat in the Israeli league.

And the latter knows better than most what Newcastle’s backcourt general can achieve on Tyneside this season.

“I feel good right now,” added Cohn. “We didn’t finish as strong as we wanted to against the Scorchers but there’s always room to grow with this team.

“We need to take it one step at a time. It was a good win, we’re moving in the right direction but we’re all aware that we still have a lot to work on.

“I was in the zone on Friday. It’s nice to have those nights and to be able to contribute that way for the team. We just need to keep it rolling.

“It wasn’t a conscious decision to step up and score those points. It never is. It just happens that way sometimes.

“Sports psychologists talk about getting into that zone. One in 10 performances you’re in that zone and against Surrey it was my turn. It was just one of those days.

“It’s all credit to the team. The other guys recognised that I was hot and everyone was in the right place to make my job easy.”

Newcastle are back in action north of the border on Friday when Steutel’s men tackle Caledonia Gladiators.

The two teams already boast one win apiece this season and one of the league’s most exciting match-ups looks set to gather pace in the BBL Trophy.

“We’ve got a great group of guys and we’re starting to come together and play great team basketball,” added Cohn.

“Surrey was our best defensive effort in months and props to the coaches and players for sticking with it and believing in each other.

“That’s three wins in four now — it could have been much more — and we’re moving in the right direction.

“Our rivalry with Gladiators has become really entertaining for the fans and the league.

“We’re two teams that match up well and we just need to limit their scoring against us.

“If we stay focused and keep working hard we’ll get better. We’re all excited about the way things are going right now.”