Bright Young Eagles Stars Are Back 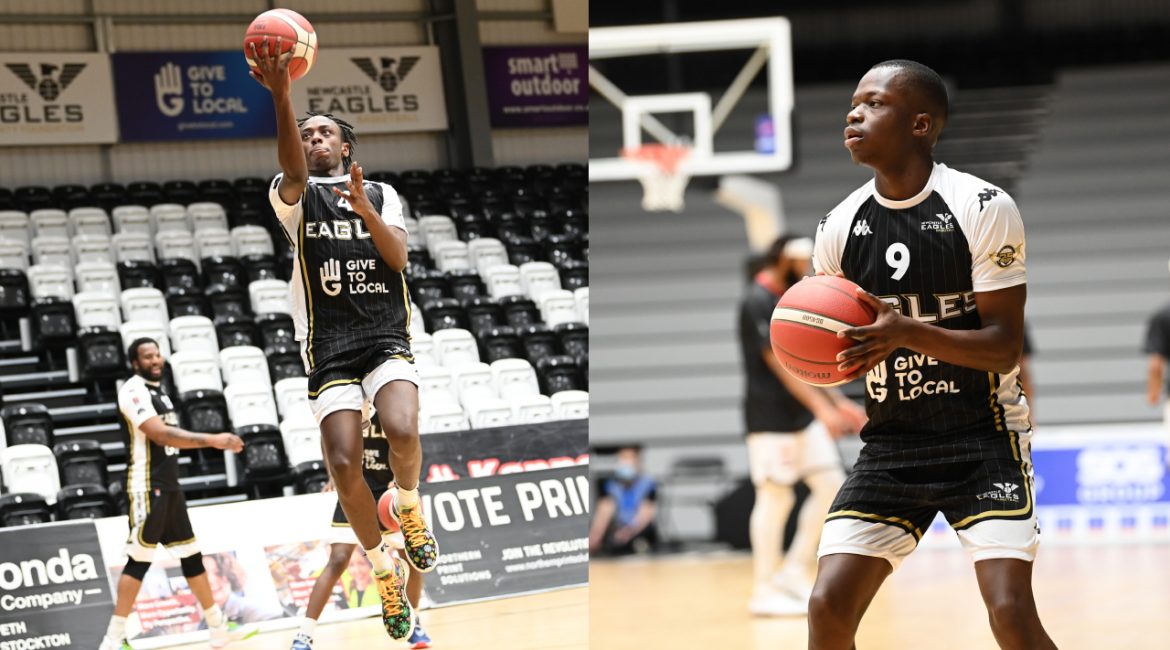 Newcastle Eagles have returned two of their brightest home-grown stars to their BBL roster for the 2021-22 season. Sauveur Kande and Themba Yabantu are back, looking to improve on their game time and add depth to the equation.

Both young players are considered valued members of the squad to bring a youthful, energetic and committed attitude to the Eagles camp.

The two Eagles Academy graduates have seen their progress halted a little by injuries and illness, but both are hoping for a healthy run this season.

For Themba, a 5’ 10” point guard, it will be his fifth season on the senior roster whilst Sauveur will join the bench for a third consecutive season.

It says much about the belief in both player’s talents that Newcastle have brought them back for another season.

“He has gained valuable playing time for our nursery club in NBL1, Team Newcastle, and showed at the back end of last season that he has the capability to step onto a BBL court and compete.

“This is a big season for him, it is his last year as a u23 where he will be able to step up and down between NBL & BBL so it is time for me to challenge him further to show what he can do.

“Sauveur had a tricky season last year. Unlike Themba he was unable to gain minutes at a lower level due to the EABL season being cancelled. This year he will be a key figure in our u23 team while continuing to work with the pros on a daily basis.

“Another young player for whom it is an important season, the next group of youngsters are chomping at his heels for an opportunity, but he has the baton right now and if he keeps working hard his time will come.”

Both Kande and Yabantu will be looking to play significant minutes in pre-season especially as the Eagles open against USA Select this Friday 10 September at the Vertu Motors Arena.

Tickets for pre-season and the first BBL games of the new campaign are on sale now from the box office.