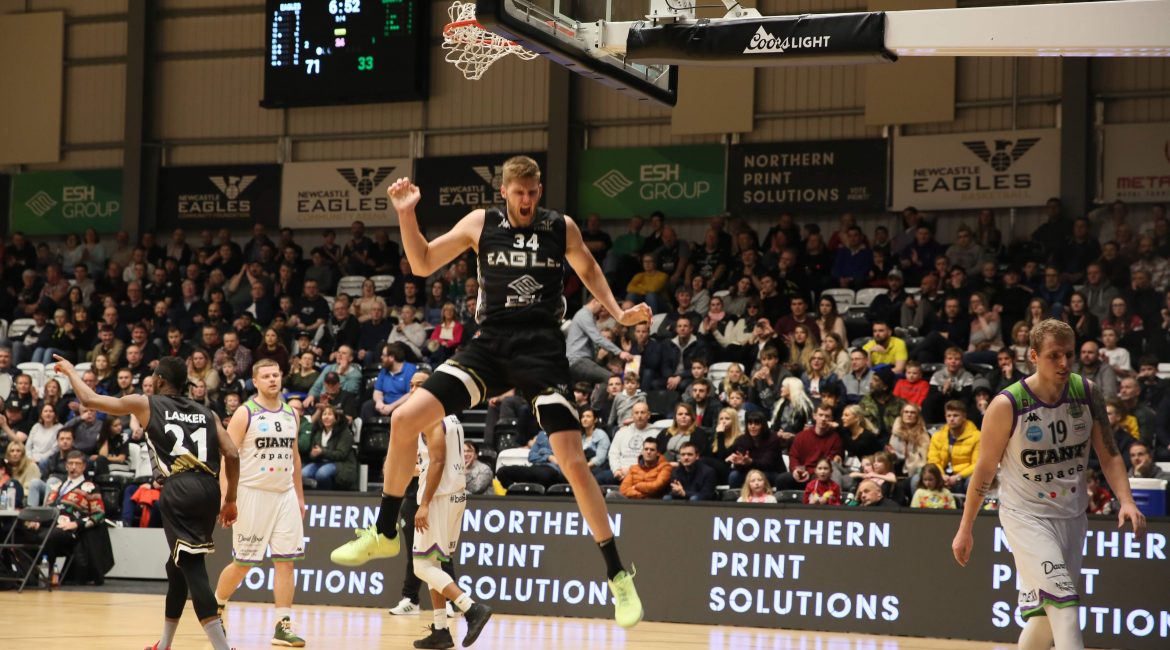 Our two biggest Eagles have receive the nod from the BBL after stand-out performances in our win on Friday night against Manchester Giants.

Sade Aded Hussein proved too much for Manchester Giants to handle as the 6’9″ Frenchman notched-up a double-double of 18 points at 72% shooting to go with 10 rebounds, four assists and two blocks.

In his home debut as an Eagle, CJ Gettys partnered Sade in the frontcourt and posted impressive first stats at the ECA missing just three shots by going 9-12 (75%) on his way to 22 points.

CJ also matched his teammate’s 10 rebounds, four assists and two blocks. Gettys rounded the performance off as eight of his points came in the final five minutes, including some thunderous dunks.

See the rest of the Week 14 All-Star Five on the BBL website.

The pair will be back in action this Friday against Sheffield Sharks in our final home game of 2019: