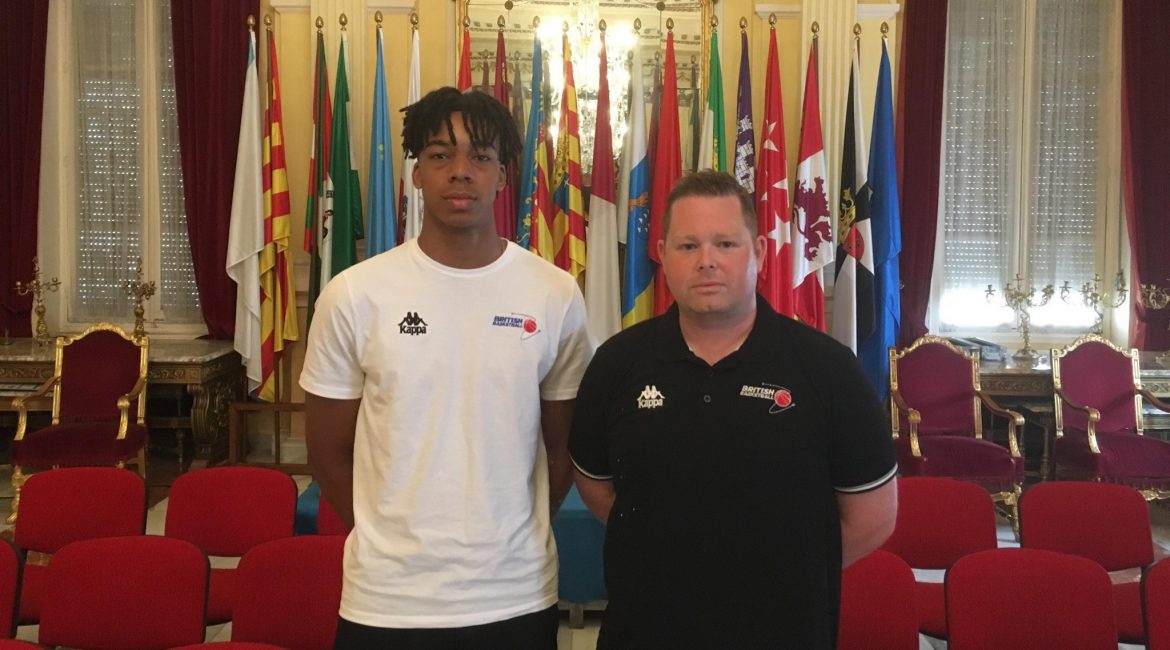 Selection has taken place for the initial Great Britain Under-18 Men squad with an Eagle on the court and one on the bench.

It’s a familiar return to international duty for our Academy star Tosan Evbuomwan and Eagles coach Ian Macleod as they get set to join preparations for the Division A FIBA European Championship with a brief training camp in Manchester at the National Basketball Performance Centre before heading to Lyon, France July 4th for a 3 day friendly tournament.

Evbuomwan took part in last year’s hugely successful campaign for the national team and will hoping to play a bigger part this time around on the back of a successful year in both the EABL and NBL Division 1.

Macleod is now in his third year with the GB U18s and heads into the European competition build-up off the back of a busy year leading our EABL programme, in addition to his assistant role with the BBL team, and as performance and mentoring officer for our Eagles Community Foundation. Head coach Alan Keane will also be joined on the bench by Mark Jarram of Leicester Riders.

After returning to the UK, the men head to Loughborough for a 4-day training stint prior to departing on July 21st for a week of pre-tournament prep in Greece ahead of their first FIBA European Championship group stage game.

Their Group A campaign begins with a match-up against Turkey in Portaria, Volos, Greece on July 27th. The men will then face Serbia on the 28th and Germany on the 29th to conclude the group stage. If successful, GB will advance into the Round of 16.

Good luck to Tosan and Ian from everyone at the Eagles.

We will keep you updated on their progress and you can find out more about the team and tournament on the GB Basketball website.