All-Star Mac Coaches At The Classic 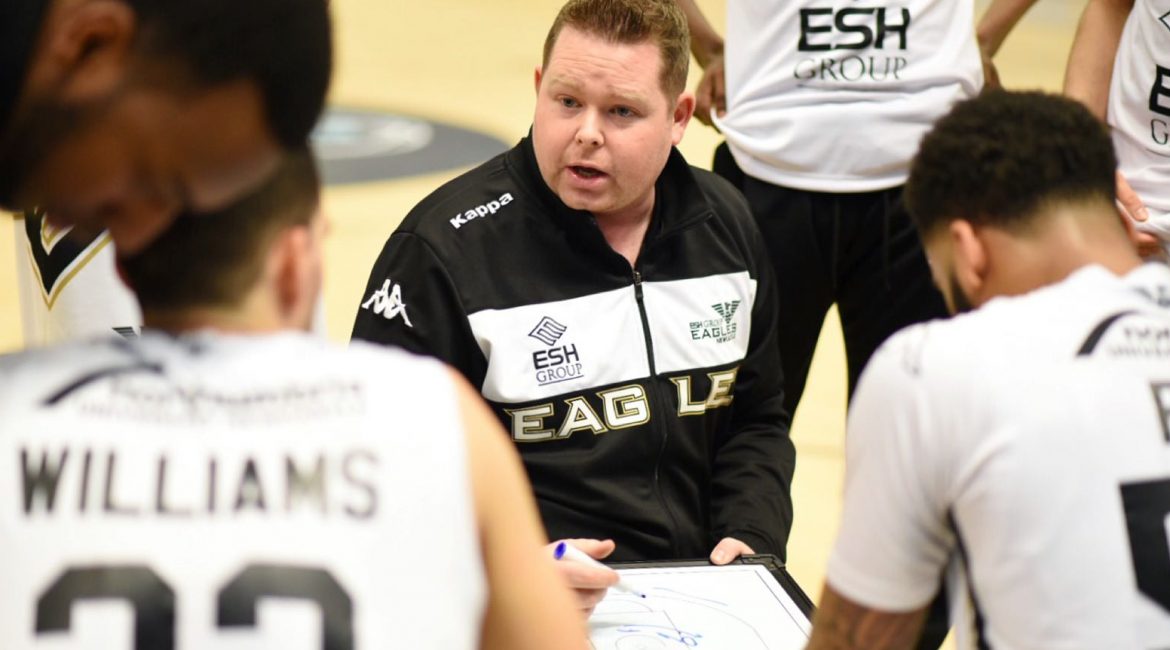 The head coaches have been announced for this weekend’s Hoopsfix All-Star Classic tournament and our Esh Group Eagles Newcastle assistant coach Ian Macleod will take to the side-line with ‘Team Black’ in the ‘Underclassmen’ game.

The event returns for its fourth year to shine a spotlight on British basketball talent with the rosters selected at two levels, ‘Underclassmen’ for Under-18s with some of the best up and coming junior talent in the country who have at least one more year of eligibility before heading to university and the ‘Class of the Year’ featuring graduating senior players.

In addition to his domestic roles on our BBL team bench, as our Eagles Community Foundations’s performance and mentoring officer and as head coach of ABL side Gateshead College, at the international level Coach Macleod is also Basketball England Great Britain Under-18s assistant coach.

Gateshead College finished ABL runners up in 2017 and along with many seasons of success with our Eagles in the BBL through the years Macleod also won a silver medal at the 2017 Division B European Championships with the Great Britain Under-18s.

Macleod will face-off against current England Under-17s head coach Guy Coles at the helm of ‘Team White’ at the 2pm game on Saturday 2 June in Brixton. Coles, who heads up SGS College’s EABL side won a Bronze medal with England at the Division B Under-16 European Championships as an assistant in 2014.

“It’s a pleasure to be part of this amazing event, and to help showcase some of the incredible potential we have in the UK”, Macleod said.

“The exposure the players receive is what makes the event unique, and I look forward to contributing to it.”

Our Newcastle Eagles Academy star Tosan Evbuomwan has been selected to play under coach Macleod in Team Black in the ‘Underclassmen’ game.

The event is a sell-out, but it is anticipated that live coverage of the event will be available through the Hoopsfix Facebook Page and by following the hashtag #HASC18.

Best of luck to coach Macleod, Tosan and all of ‘Team Black’ who have everyone at the Eagles behind them!