Salou To Benfield And Next Stop London

Newcastle Eagles/Blogs/Salou To Benfield And Next Stop London 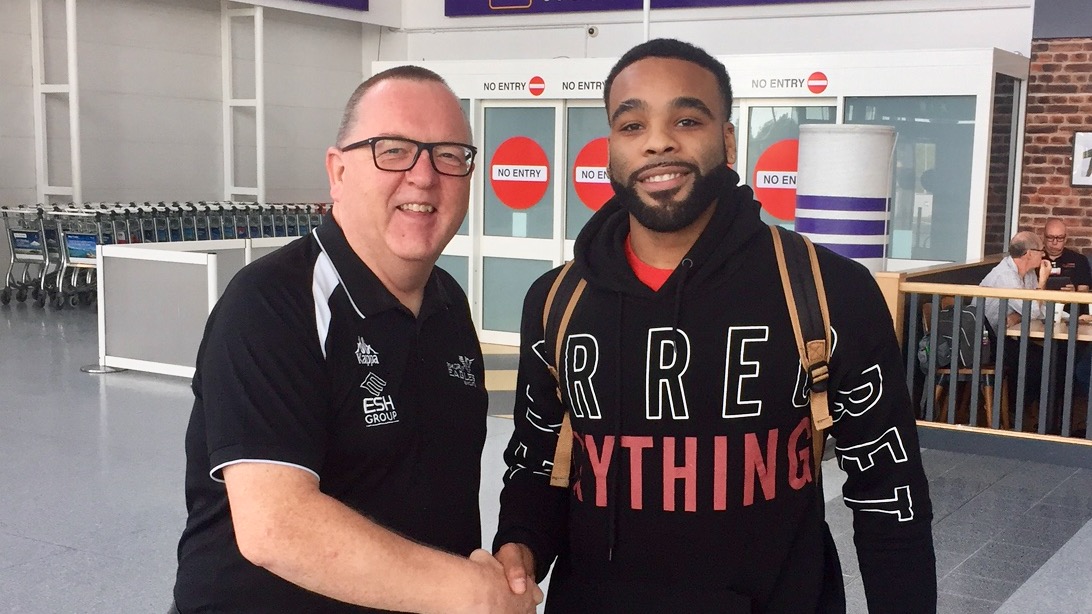 Well that was a good weekend, now wasn’t it? The Rocks were well and truly rolled and Team Northumbria were blown away in the second half after a tight first half where they showed they have a really good squad.

I interviewed TN Coach Marc Steutel after the game so won’t give too much away about that but it will be up on the website soon. By the way there’s a huge game at Sport Central this Saturday night as TN take on TN in a local derby.

That’s Team Northumbria v Team Newcastle at 6:00pm and with the recruitment both sides have done in the summer this should be an absolute cracker of a game and the quality and standard of basketball will be excellent and its free entry! I know if I wasn’t elsewhere I’d be going.

Thankfully the hotel had wi-fi and Statsboy Luke did the business so I was able to keep dipping in and out of both the pool and t’internet and enjoy both experiences very much. I have to say I was a little bit surprised to see the score coming through as I thought Glasgow, at full strength remember, would have run us closer.

Speaking to one or two on Sunday when I got there straight off the plane it sounded as though we and “Work Nims” in particular had been very impressive and Rocks very flat and less impressive. It was pointed out that they were a couple of weeks behind us in practice terms and that their “Big-Man” Billups had just got in but…

My scouts also tell me that Billups was by far and away their best player as well. Obviously though pre-season is about workouts and nothing really counts until it counts but it was still an impressive work-out when all come to all.

Then Sunday and Steut’s Team Northumbria. I didn’t get there until half-time and was rightly banned from the bench by Fab although TBH I really wasn’t going to sit there Fab, honest!

I gathered from what I’d heard that Fab, Dave and Ian were less than impressed with our defensive efficiency and execution in the first half and first quarter in particular. But from what I saw in the second half the guys showed they can listen and learn fast as they locked down impressively in that 20 minutes.

The final quarter at times was like a YouTube highlight reel with Jaysean’s dunks very spectacular, especially the one off the backboard via AJ’s pass and Jure’s late-on. For me Jure has been the quietly efficient one who just goes about his business and takes the opportunities he’s given.

The BombSquad were well in evidence again and Jay’s 36 points in approx. 27 minutes was indeed impressive. Some said Saah was not as impressive on Sunday as he had been on Saturday. Well, if that’s the case fair enough but to finish with 30 points on a not so impressive performance is very impressive indeed.

BTW over the three games I believe we were 46 of 84 from beyond the arc which is only a smidge below 55%!!! And don’t forget we had no Z in either game and no Drew as well on Sunday!

So, are we all still excited then? I guess we are. With no disrespect meant or intended against any other teams or players we’ve had, when was the last time we had ten players that could all play significant minutes in the months ahead and at crucial times?

But, let’s be cautious. There are still a lot of things to work on and a lot of things that still need gelling and putting right and into practice. I, personally, get the feeling that this team is smart enough and talented enough to understand that and put it in to place and that’s again, exciting.

So, the next challenge that lies ahead is the Betway British All-Stars Championship at The O2. Now, you can say what you like about this competition and its rules, but the fact is that we’re at The O2, we’re live on Sky Sports and it’s a terrific promotional event for the game in this country.

The rules and regulations may make it a bit of a lottery and no-one quite knows how each team will react and adapt so it’s hard to pick a favourite but I think we have an ace in our pack that may well help us enormously.

Dave “Rainman” Forrester is as smart a cookie as they come when it comes to numbers and figuring strategies out when it comes to different regulations and rules and he could well be a candidate for MVP come Sunday night. No pressure though Dave!

The rule changes are intriguing. Twelve-minute running clock games with a 20-second shot clock. Only one 30-second time-out. A two-minute power play in the first ten minutes but not when the opposition has already called it.

Three personals and it’s a 30-second sin bin and you play that time with only four on the floor. Six team fouls and you’re docked a point and lose possession and no free-throws in the games and not forgetting the 5-point line!

The permutations are endless and that’s why you need someone with a knack for numbers and different strategies on the side-lines and in Fab, Ian and particularly Dave I think we have that covered. Not sure where I’ll fit in but someone needs to keep count of what’s going on as well!

With £25,000 big ones to the winners it’s not just different, it’s important and there’s no-one going there just to make-up the numbers that’s for sure. You have to be in it to win it and that’s what we’re going there hoping to do and of course to show what The Eagles are all about.

This Wednesday we have the official team launch so watch out for snippets on the local TV and plenty of articles on the website and in the local press, not to mention some photos or three. Always an enjoyable event the Team Launch even if Eric will still be in Portugal!

Now, time for that Marc Steutel interview methinks and who knows another blog before we tip-off on Sunday?