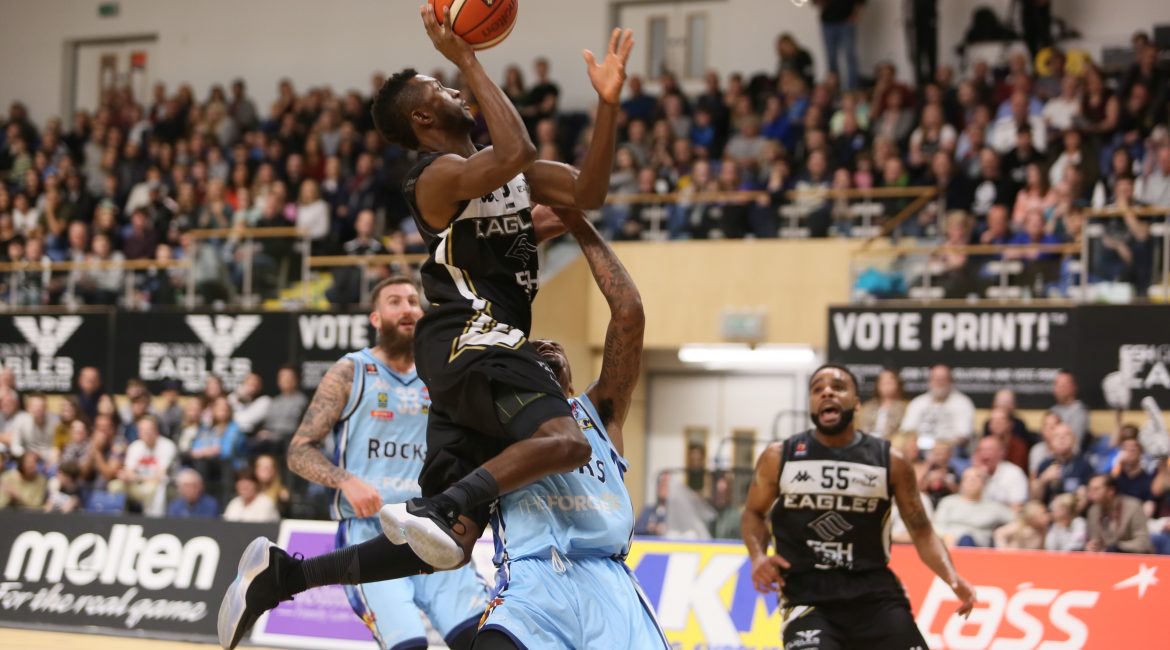 Well, that was a great weekend results wise and to be 3 – 0 going in to Friday’s game is exactly where we wanted and needed to be as make no mistake, this Friday is going to be very tough indeed.

London indicated with their performances at The O2 that they looked serious contenders and a win at Worcester, beating Surrey after the Scorchers had won at Sheffield and then beating Manchester by a bigger margin than we did all shows that The O2 wasn’t a fluke.

They had a seriously good pre-season too with a great bonding trip to Poland and despite having even more players to integrate than us, they’ve settled well too. So, all-in-all it should be an absolute classic on Friday and one we’re looking forward too.

Perhaps bigging them up, is bigging a word? makes it seem like we’re afraid of them. Not at all. We merely respect them and would be foolish to think it would anything other than our toughest test to date.

Think of it from their basketball boots though. They’re coming in to our Nest, they know we owe them one for the final at The O2 and we’ve scored 100+ points in all three games so far. I’m sure that doesn’t scare them either but shows them that it’s their toughest test to date as well.

But, that’s for Friday and whilst Fab isn’t one for looking back and is definitely one for planning and looking forward, blogs are made for a little bit of both PLUS I have artistic licence and hopefully some ability to use that!

21-in-a-row against The Rocks now, that is scary as every time we play them you have to think that a run as to come to an end sometime. Or perhaps it doesn’t? One of the things I’ve enjoyed during this run is the banter I have with Kieron Achara who to be fair hasn’t been there for all those 21.

I keep telling him where he should have signed when he decided it was time to grace The BBL and we have friendly back and forth when I keep reminding him. After Friday he wasn’t so talkative even when I mentioned they had scored 104 points.

A fair point but one that we also need to look at too. I’ve no doubt that the uninitiated, neutrals (if there were any there) and probably first-timers loved the spectacle and seeing such tremendous offensive displays. Fab, Dave, Ian and even me, probably not so much.

The new guys I know loved and revelled in the Sport Central atmosphere and I thought it was special too but perhaps one or two of them got a wee bit carried away in the hype and forgot that we’re about both ends of the floor and certainly will need to be going forward, or perhaps that should be back?!

Still it would be churlish of me to throw cold water on our red-hot start and therefore I won’t. Scary thing for me though is that I can still see that there’s improvement to be made and adjustments to be made and that’s what Fab and his coaches are looking for and striving to achieve.

Funnily enough it was, despite 102 points, our offence that caused most concern on Sunday in Manchester. Simple fact was our “D” was better but then, no disrespect meant, that was to be expected against inferior opposition.

If we hold a side to 70 points than massively more often than not with the firepower we have available we should be able to get 71. On Sunday our defence was good enough as was our offence but, we still missed a lot of shots and opportunities and could easily have scored 20 more points.

Still, it was a nice even spread of minutes and scoring and really does show that we’re going to be ten deep, barring injuries, this season.

One good thing about the trip to Manchester was it was another bonding session logged in to the banks and there’s no doubting that right now we’ve thrown a set of strangers together that are very quickly and very firmly becoming friends on and off the court.

A lot of kudos goes to all that have been at The Club for some time in supporters, staff, volunteers etc. for helping them settle and especially Drew and Darius who definitely are the leaders in that respect and have shown the newbies what it’s all about and are mentoring them through it all.

Like I said, a good feeling so far and we’re still coming together and far from the finished product.

What else then? Well, down in Plymouth the Raiders overhyped and heralded (see what I did there Dave F?) the return of Foxy. We on the other hand played down and surprised you all with the return of Swoop who clearly had been away so long he (or she?) seemed a little shy last Friday.

Perhaps he needs some of your TLC and support to bring him back in to the fold again but again, I think, it’s another positive step for The Club and will add to our terrific game-night experience which is, believe you me, one of the best in The BBL by a distance.

There is an awful lot of effort, time and commitment goes in to the behind the scenes work that gives you all a really tremendous match-night experience and we need to remember that and all those that put the effort in, several of which are volunteers doing it for the love of the sport and Club.

They’ll all be there Friday doing what they do. We need all of you supporters to also be there and do what you do in the noisiest way possible and then the players will be able to hopefully respond, do what they do so well and we’ll all get what we’re all hoping for.