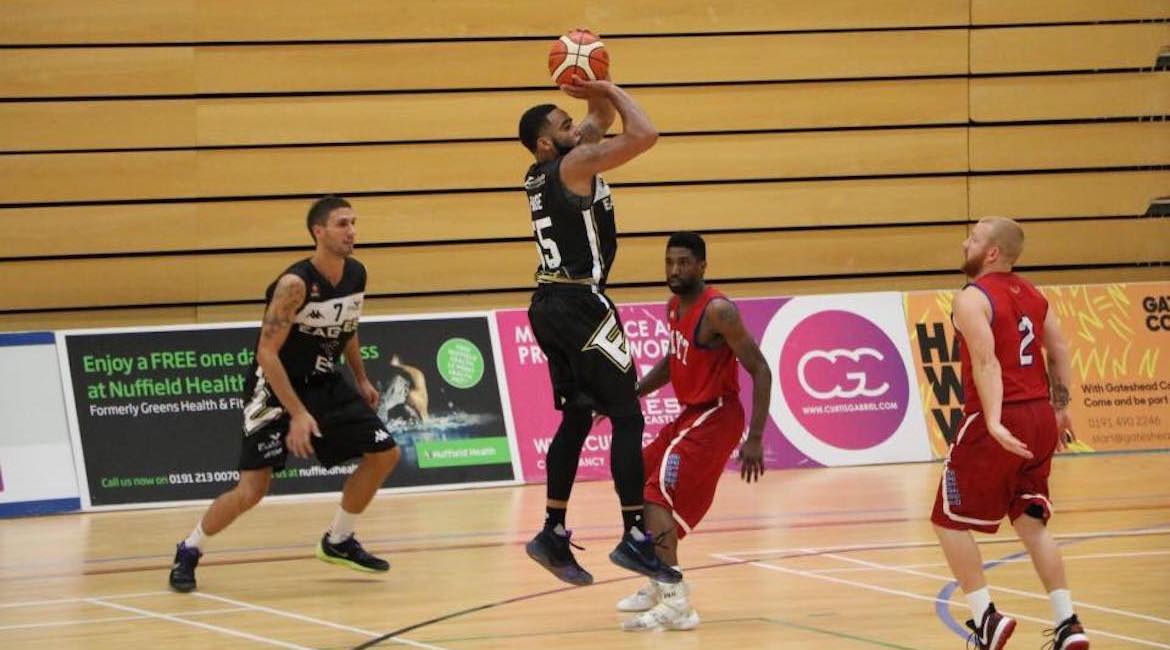 And on the night our Eagles handed debuts to seven new faces there was a familiar air of superiority as the hosts cruised to a comfortable MKM Building Supplies Pre-Season victory.

Historically, player-coach Fabulous Flournoy has built his all-conquering rosters on consistency – the new faces recruited each summer few and far between.

But a disastrous denouement to the 2016/17 campaign led to a dramatic off-court overhaul not seen on Tyneside since the transitional Sporting Club days.

And for now, at least, it seems the policy could pay rich dividends.

All seven new players had opened their Newcastle account with 73 seconds of the first quarter remaining.

And an unexpected sense of cohesion and instinctiveness underpinned a predictably straightforward first win.

A golden moment midway through the second quarter summed it up: Danish international Zarko Jukic combined with fellow new boy Jure Gunjina to set up Kai Williams for a looping three-pointer. The gasps of admiration were clear.

Could this be the start of a new dynasty?

With the TJ Walker-esque Saah Nimley dominating the backcourt and livewire shooting guard Jaysean Paige punching his way through the Team USA defence at will, why not?

Forward Terry Martin boasts a body built for long stints battling in the BBL paint and AJ Basi came off the bench with an arrowing three-point shot in his armoury.

It was all too much for an undercooked Team USA. And it was all over far too soon for fans offered a tantalising glimpse of the future.

Two more games remain in the pre-season schedule and tickets can be bought individually for both games at just £8 per person: