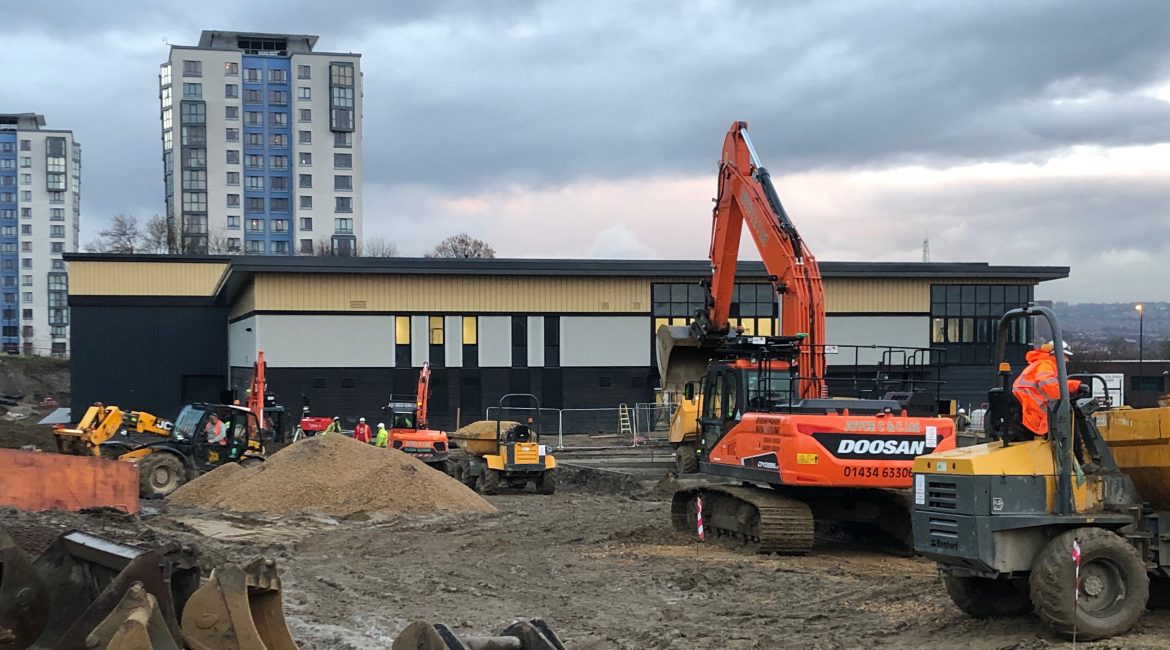 Our Eagles will play their first BBL Championship clash at the brand new Eagles Community Arena in January.

Officials had pencilled in a Friday 21 December opening for the state-of-the-art facility in the city’s West End, with Manchester Giants due on Tyneside that night.

But a series of enforced BBL fixture changes, which are due to be announced next week, coupled with the desire to stage a test event, have persuaded owner Paul Blake to rethink the official launch date.

“We have moved a game to January 11th to tie in with the official opening of the Eagles Community Arena,” confirmed Blake.

“We will have the keys to the venue before Christmas but we want to make sure everything is perfect for the players and our fans when we do move in.

“Manchester were due in Newcastle on the Friday before Christmas but that match has been moved as part of a wider fixture reshuffle across the BBL.”

Blake had initially hoped to stage a December launch and the man responsible for Newcastle’s remarkable rise to the summit of the British game has been working around the clock to make that happen.

But as developers put the finishing touches to what promises to be a magnificent new home for the most successful franchise in BBL history, he took the difficult decision to push back the arena’s official unveiling.

“Everyone is looking forward to working out of our new home and now we’re so close that desire is even stronger,” added Blake.

“My heart tells me we should be playing in there as soon as possible but my head tells me to wait a few weeks.

“We have worked for years to make this happen and with the finishing line in sight I want everything to be right.

“I can only apologise to those supporters who had been looking forward to watching us at the arena in December but I can promise them that it will be worth the wait.”

Newcastle face London Lions on Friday 7 December in the first-leg of the BBL Cup Semi-Finals and host the City of Edinburgh Kings in the BBL Trophy on Saturday 22 December. Both games will take place at Sport Central.

Tickets for the BBL Cup Semi-Final home game are on sale now:

You can follow the final stages of the Eagles Community Arena build in its section of our website.