Uphill Battle For Eagles In Second Leg This Sunday 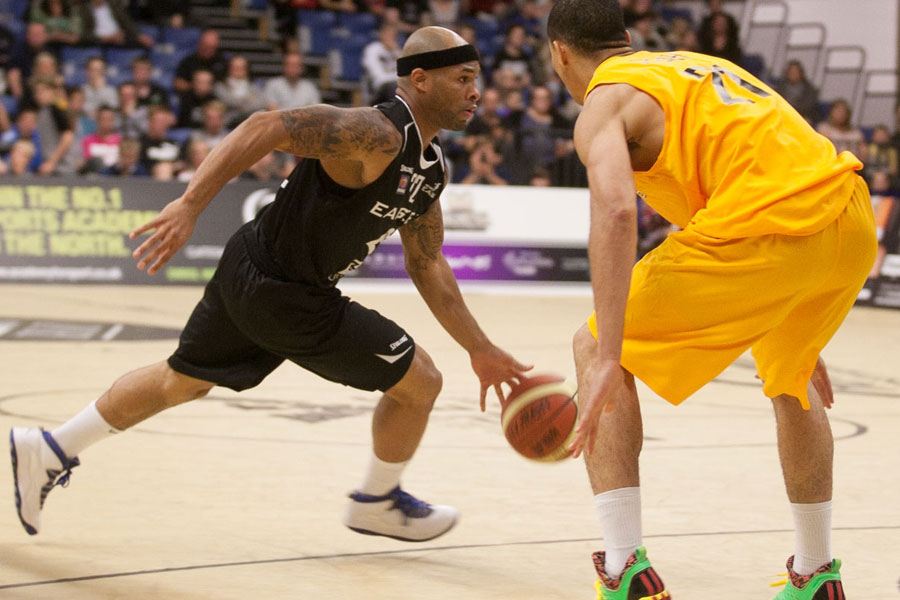 Leicester Riders overturned three regular season defeats against Esh Group Eagles Newcastle to beat the league champions 90-79 in the first leg of their Play-Off semi-final, using a dominant spell over the third quarter break to inflict a first defeat in fourteen games on the team that they have met in the Play-Off final in each of the last two years.

Jay Couisnard led all scorers with 25 points and he scored the first four of the game as the Riders led narrowly for much of the first quarter. Although Malik Cooke’s three-pointer, followed by scores from Paul Gause either side of the first quarter break saw the Eagles enjoy one of their few spells in the ascendancy at 20-27.

Couisnard, with a triple, and Drew Sullivan brought the Riders back, with the latter capping an 11-4 run to tie the game at 31. And that laid the foundation for a storming finish to the half as, despite Gause adding to his tally with a three-pointer, Riders poured in 12 points in the last two minutes as Jorge Calvo and Connor Washington netted four points each to lead 47-43.

Eagles briefly regained the lead as they opened with the first six points of the third period, but Riders responded with a 9-2 burst to go in front for good at 56-51, still leading 66-59 heading into the fourth quarter as Washington – who was outstanding in the second half – made a huge triple and Sullivan scored once more.

The Riders carried that momentum into their best spell as Calvo opened the decisive stanza with a three-pointer and the run became 9-0 as Sullivan added consecutive baskets for 75-60 with Newcastle unable to score for three minutes. Defoe and Cooke fouled out for the Eagles and the lead peaked at 86-64 on another Couisnard three.

But Eagles showed their resilience to bring it back towards the end as Gause made two ‘and-one’ plays to leave them within striking distance in Sunday’s second leg in the North East.