Two out of Two For Pre-Season Eagles

Newcastle Eagles/News/Two out of Two For Pre-Season Eagles 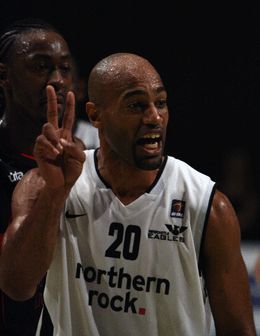 Eagles started the brighter and had a double-digit lead at one stage but Sharks bit back and although Eagles held them at bay they closed the gap to 24 – 18 after one. Feature for Eagles was that 8 of the 9 on the bench got on in the 1st quarter, Will being the odd-one out.

Sharks just edged the 2nd quarter 21 – 20 thanks to a Patton bomb on the buzzer and the teams went to the benches at the half with The Eagles in front 44 – 39. It seemed that every time Sharks started a run Eagles just had enough to peg them back.

Into the 3rd and again Sharks sneaked the qtr 23 – 22 to leave it 66 – 62 with one to play. Eagles are still spreading the minutes and the scoring and Sharks becoming more of a unit as the game wears on but, the Eagles just about doing enough without being dominating.

Sharks really come at Eagles in the final period and eventually turn the game around to take a 3-pt lead at one stage. Back come the Eagles once again and nudge back in front and perhaps our superior depth makes the difference in the end as we hold on to the ball when we had to down the stretch and despite losing three quarters of the game it’s two wins from two without being totally convincing.

For Eagles, Fab was MVP by a country mile adding 10 rebs, 8 assists and 4 steals to his points. Joe’s points all came from 3-pt range where he was 6/14. Big L continued his comeback with a solid game and his partner-inside Darius made a contribution too.

Charles netted 11 but felt he couldn’t make anything all night, Jamie did well in patches, Will and Aaron get solid run-outs……………oh and The Skipper will have better nights.