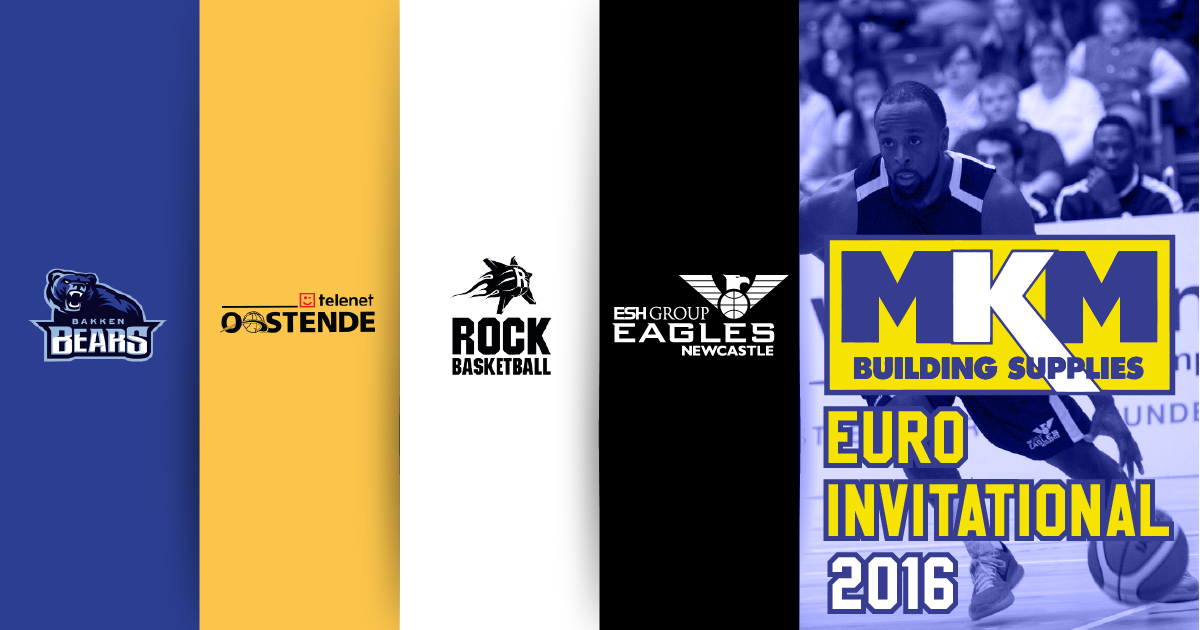 Esh Group Eagles Newcastle are delighted to announce their second Euro Invitational Tournament and that once again MKM Building Supplies will be sponsoring the prestigious European event at Northumbria University Sport Central.

The 2nd MKM Euro Invitational line-up sees closed season planning bear huge rewards as the line-up of European teams coming to Tyneside pre-season is one of the very best ever to come to Britain’s basketball shores.

All three teams from different cultures and backgrounds have two things in common. All played in last season’s FIBA Europe Cup and all will be playing in this season’s inaugural FIBA European Champions League.

Oostende are seeded straight through to the group stages of the FIBA Champions League whilst Bakken and Tartu will compete for a group stage place in the qualifying rounds. Should they fail to reach the group stages they will still play in the FIBA Europe Cup.

Tartu meanwhile have not yet confirmed any 2016/17 signings but last season had 6′ 10” USA centre Brian Harper in their ranks who actually played against The Eagles for BKK Gimle of Norway when The Eagles toured there in 2007. They also had four Estonian internationals on their roster in 6′ 0” Point guard Tanel Sokk, 6′ 4” shooting guard Gert Dorbek, 6′ 9” power forward Janar Taits and 6′ 10” Joosep Toome.

‘This is sure to be a very exciting and ground-breaking event for British basketball and we are looking forward to showcasing some high-class and quality.

Supporters at last years event saw one of the best games of last season in our tie against Swedish champions Sodertalje Kings. We will be hoping for more of the same this September and encourage all Eagles fans to come and see what European basketball is all about!

This event is an important building block in our plans to move to our own purpose built venue in the near future, where more European basketball will be firmly on the agenda’.

Tickets will go on sale from today, for two days of two games on Sunday 4th and Monday 5th September 2016. Sunday’s games will be played at 4pm and 6pm, whilst Monday’s games will tip-off at 6pm and 8pm, all at Northumbria University Sport Central. Ticket prices are £10 per day and £17.50 for a two day ticket and can be purchased online or by calling the Eagles Office on 0191 245 3880.