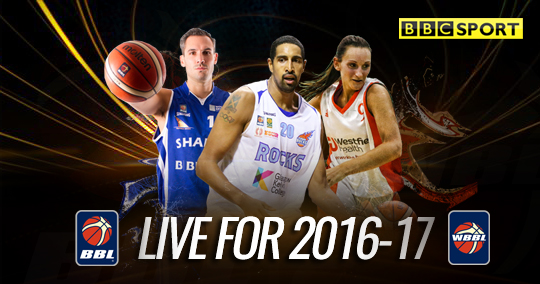 Following the BBC’s live coverage of the recent Molten BBL and WBBL Finals at The 02, the partnership is set to be strengthened even further for the forthcoming campaign.

There will be eight WBBL games shown as part of the package, including the women’s major Finals.

“This is a tremendous boost for not only the BBL and WBBL, but the sport as a whole,” stated BBL &

“It’s fantastic that we can take the momentum and potential which was showcased at the Molten Play-Off Finals and turn it into something special with 64 hours of basketball content on BBC platforms – live and free-to-air worldwide.

“We are particularly delighted to be able to work with a partner as distinguished as BBC Sport and, importantly, this is not only about broadcasting live games, but collaborating to develop digital content more broadly.

“We hope that both existing basketball fans and many new fans waiting out there will love having such accessibility to the great, action-packed sport which is basketball.

Barbara Slater, Director of BBC Sport said, “We are particularly excited about the opportunity that basketball affords as a sport with a digitally savvy audience,”

The BBC Sport website attracts over 20 million unique browsers a week in the UK and BBC Sport has over 27 million fans and followers across its social media accounts.