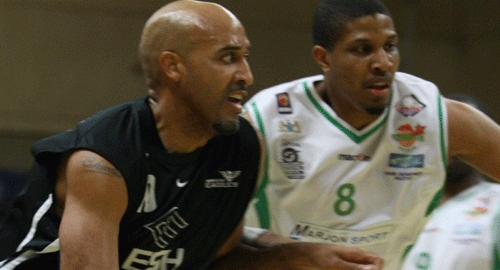 Even for a BBL veteran who has enjoyed so much success down the years, January 2012 was a truly special month for the swashbuckling ‘Prince’ Charles Smith.

The Newcastle Eagles forward produced one of the most dazzling performances in British Basketball League history with his record breaking display in the BBL Cup Final which helped his team overpower UCP Marjon Plymouth Raiders.

Not surprisingly, his stellar 39 point contribution resulted in him being deservedly crowned MVP of the Final. However, this was merely the jewel in the crown of what has been a sensational month for Smith who can now add another accolade to his bulging resume after being appointed Molten BBL player Of The Month For January.

In addition to his thrilling exploits at the National Indoor Arena in Birmingham, Smith produced an array of other fantastic performances whilst in league action during a month when he poured in 150 points across six games – an average of 25 points per game.

In the main, it has been his outside shooting which has been particularly impressive since he has not only led the BBL in scoring during the month but also three-point shooting. Smith converted 19 of his 38 attempts during the period and that kind of blistering offensive potency has helped Newcastle Eagles maintain their stranglehold at the top of BBL Championship as well as securing the first piece of BBL silverware this season.

Not bad for a player who ‘quit’ at the end of the season but reversed his decision – much to the relief of Eagles fans and much to the dismay of other BBL supporters who continue to watch Smith torch their respective teams with his outstanding scoring ability.