The Man From Flint Parks In Town 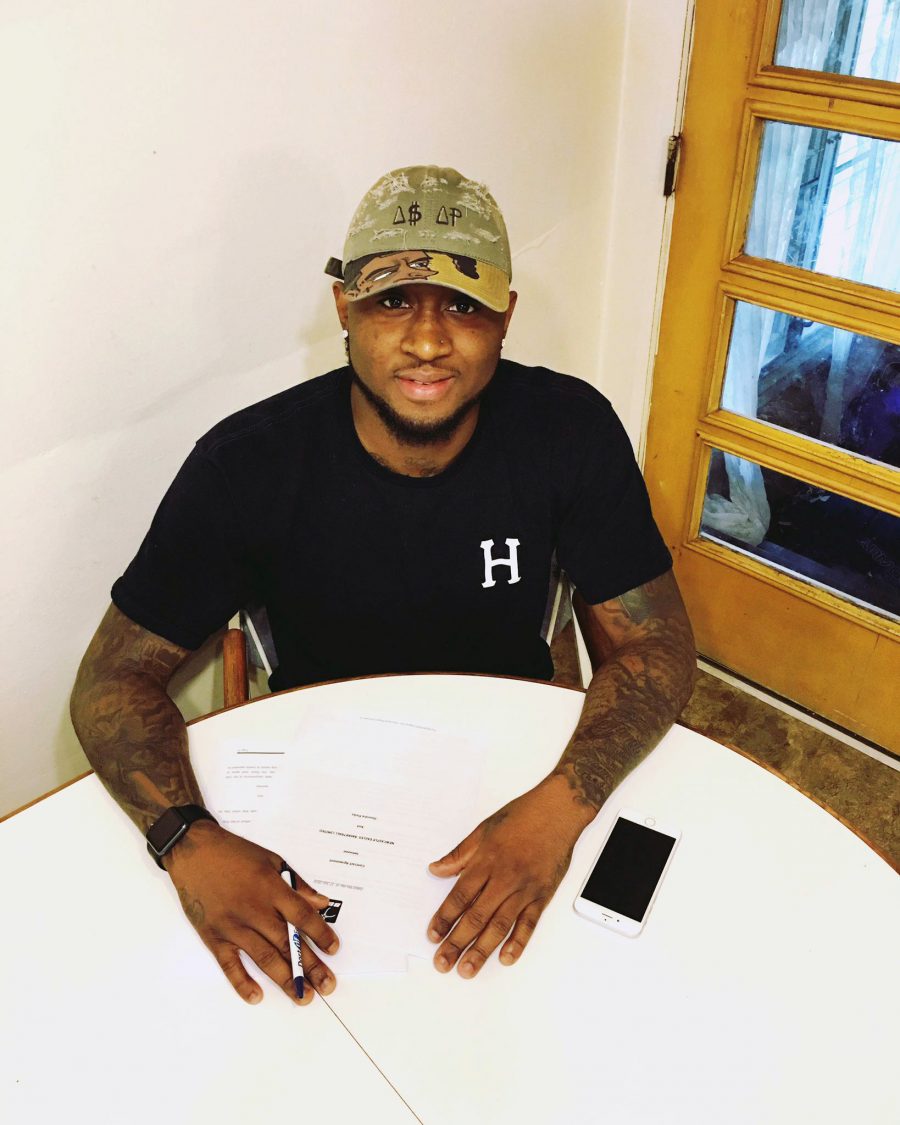 A born scorer he averaged 14.9 points, 4.6 rebounds and 1.5 assists per game in his senior year at South Dakota State University. He is renowned for bringing energy and determination to the game.

A tough character coming from Flint, Michigan, in his first season he took his college team to the Joint Conference Championship and runners-up in The Conference Tournament. South Dakota went on to reach the NIT Sweet Sixteen and Parks was awarded The Summit league’s Newcomer of the Year Award.

He was also voted into the Conference All-Tournament team, a feat he repeated 12 months later as this time he was part of the 2015/16 Conference Champions that earned a bid to the NCAA Big Dance.

They lost in the first round narrowly 79 – 74, after giving the 5th seed Maryland Terrapins an almighty scare.

Now he’s an Eagle and Head Coach Fab Flournoy is delighted to have him at the club.

“Deondre is a tough young man who, just like I did 20 years ago, came through the junior college and mid major system. We hope that he will help us with his undoubted play-making skills, as well as being an efficient scorer in both transition and the half court.”

Parks himself is delighted at sealing his first professional contract.

“It’s an amazing feeling signing a dotted line to play a sport you love , I felt great and knowing I made a great decision. I know the BBL is a very competitive league with talent. I’ve learned that the Eagles are a great club.”

“I think I can bring another threat on the perimeter and also determination to win and I’m willing to do whatever it takes to win. Coach Fab is a great guy and I’m very excited to see what’s in store for me at this club.”

“My message to the fans is I can’t wait to play in front of you and witness the love you guys give the Eagles, #Goeagles.”

The Eagles roster is certainly shaping up to be a little different from previous years, exciting times for the club, leading up to the MKM Euro Invitational pre-season tournament on the 4th/5th September at Sport Central.