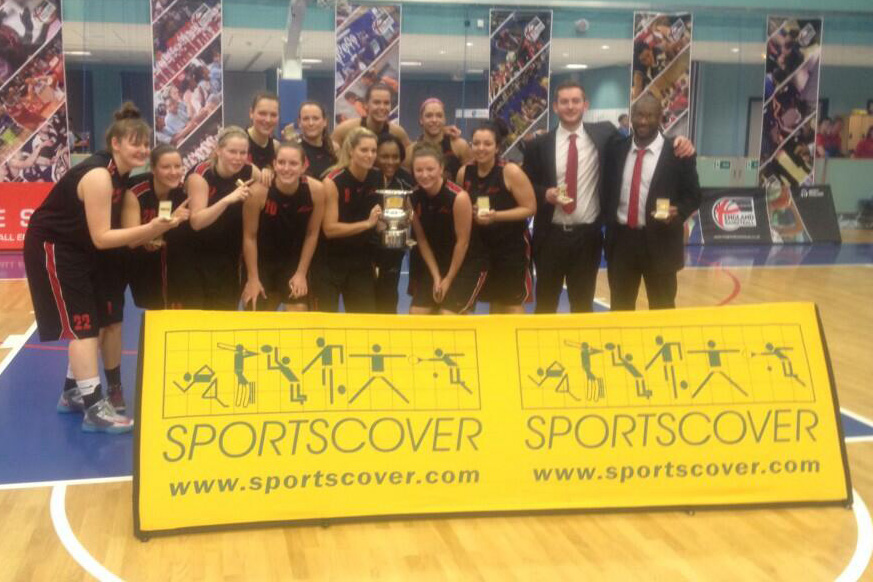 Leola Spotwood hit the game winner and was the chosen as the MVP of the Sportscover National Cup Final as her Team Northumbria were crowned Women’s champions after a 66-64 win over Cardiff Archers.

The American had 30 points and 10 rebounds in Northumbria’s Cup win, the club’s first, and she was well supported by captain Diana Voynova who also had a double-double on Sunday (16 points, 18 rebounds).
An exciting start to the day for fans at University of Worcester Arena saw the teams neck and neck the whole way, with 12 lead changes, and neither side could pull ahead as it was Spotwood’s late winner that decided the 2014 champion.
Cardiff guard Jess Jenkins was impressive from outside the arc, going 7/15 to finish with 26 points and her teammate, player/coach Stef Collins had 17 points, 13 rebounds and 5 assists.
It was the first win for Northumbria over Cardiff this season, having lost to them twice in the league by single figures, so it will be a win well appreciated by head coach Josh Merrington and his club.