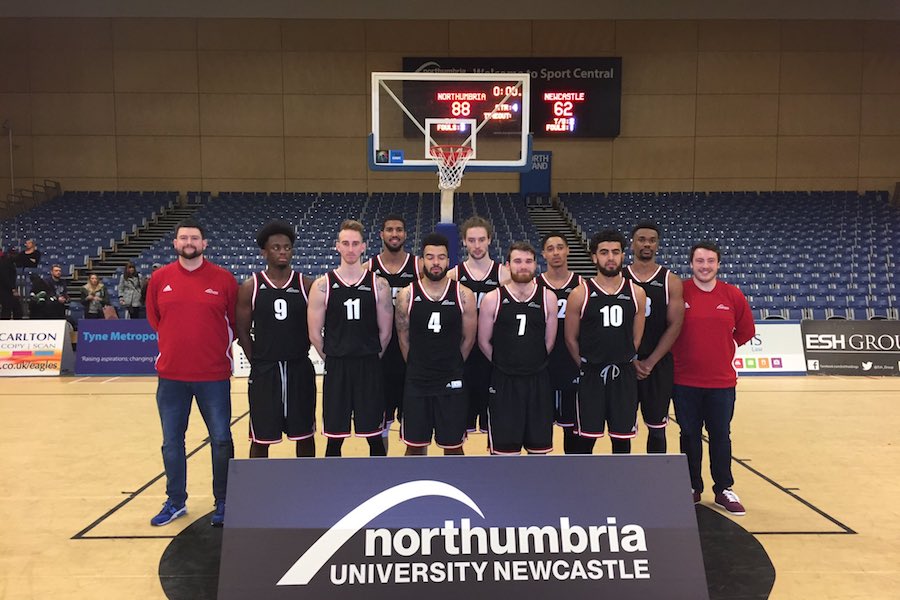 Congratulations to the Team Northumbria men on last nights win over Newcastle University in a game which also won them the BUCS Premier North League title.

It was a Sunday night double-header with the Northumbria women also taking a win over the Knights 87-63.

Read full reports on both games in our programme at this Friday’s game.