Swiss Skipper Has Our Support

Newcastle Eagles/News/WBBL/Swiss Skipper Has Our Support 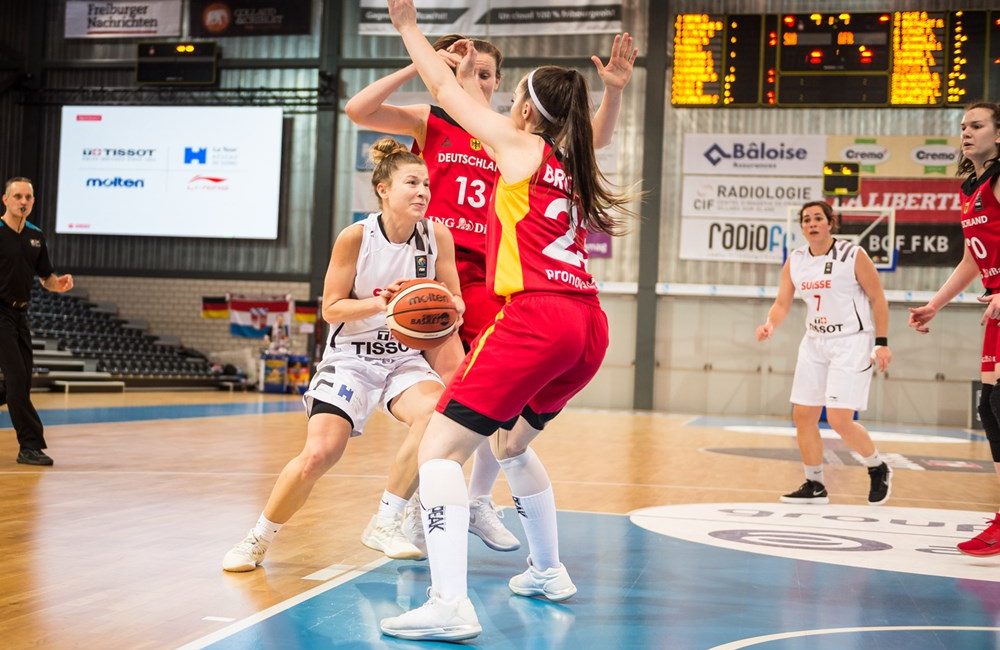 Chris Bunten, his assistant and six members of his Sport Central roster are flying out to Fribourg tomorrow ahead of Switzerland’s Eurobasket qualifier against the Czech Republic on Saturday.

And the Eagles’ playcaller insisted a show of support on Simioni’s behalf is typical of a team united on and off the court.

“Giulia has had a great start to the season and is a very popular player and captain,” said Bunten.

“We’re in the middle of the international break and without a WBBL fixture this weekend so I thought it would be a nice touch to show her that we’re right behind her.

“A few of the other players are away with their countries or working but eight of us are going over there to cheer her on.

“It’s typical of the camaraderie at the heart of this team and is just one of the reasons why we’ve had such a positive start to the season on and off the court.”

Simioni has shot to the top of the WBBL assists charts on the back of a series of outstanding performances.

And the experienced playmaker has been key to Newcastle’s impressive 3-1 start to the season.

“It’s early days but I’m pleased with the way we’ve played so far,” added Bunten. “Giulia has been in great form and the hard work she out in over the summer is paying off.

“Last season she didn’t necessarily fulfil the potential that I always knew was there. But I’ve tried to give her more responsibility and revolve more of our play around Giulia.

“I think there’s still much more to come but she’s responding well to what I’ve asked of her.”
Newcastle are not back in WBBL action until the first week of December – at which point the Eagles embark on an energy-sapping run of six games in 16 days including five on the road.

“That’s going to be a stiff test of the players but we’ll make sure we prepare well,” added Bunten.

“The positive is that the players have already gelled on and off the court and they’re buying into what we’re trying to achieve here.

“Everyone has played their part so far and this weekend’s trip is only going to strengthen the bond that we have.”

Newcastle are back in action on December 1 when they travel to title favourites Sevenoaks Suns for the first of two away games inside 24 hours.

The Eagles are back in homecourt action on December 9 when the Suns make the return trip to Tyneside. Tickets are on sale now.