Support Your Eagles At The BBL Cup Final

Newcastle Eagles/News/Support Your Eagles At The BBL Cup Final 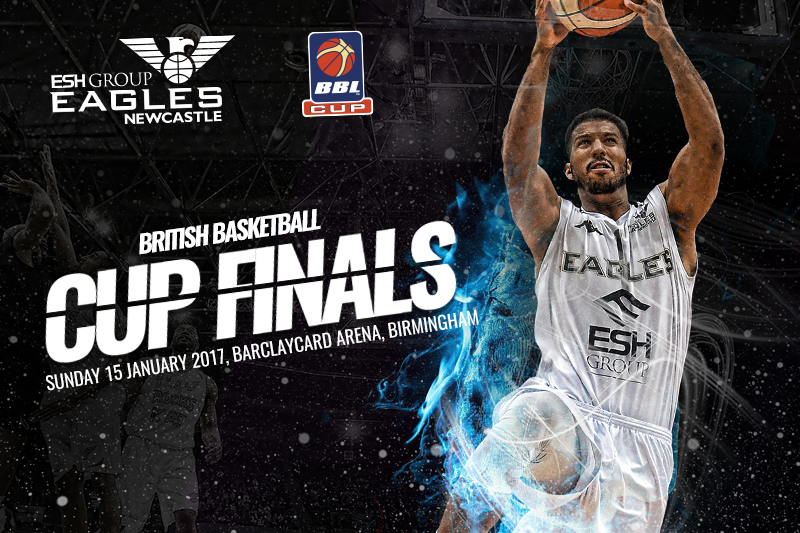 Our Esh Group Eagles Newcastle have reached our sixth straight BBL Cup Final and tickets are on sale to be at the first showpiece game of the year.

On Sunday 15th January 2017 we take on Glasgow Rocks at the Barclaycard Arena in Birmingham and look to make history by being the first club to lift the cup for the third consecutive time.

Watch the video below to wet your appetite:

The huge day of British Basketball action begins with the WBBL Cup Final at 12:30, followed by the BBL Slam Dunk Competition at 2pm and then the BBL Cup Final tips-off at 3:30pm.

Glasgow have never won the cup before and will be hoping it’s fifth time lucky after losing all four of their previous finals, whereas our Eagles make this a staggering sixth straight appearance in this silverware game.

No team has ever won the BBL Cup three times in a row and Rahmon Fletcher could even land an unprecedented third consecutive MVP award at the game.

It is sure to be a historic game for British basketball so make sure you get your tickets to be there supporting our Eagles!

Limited ‘Band A’ tickets are still available at £30 for adults and £22 for children in the lower tier, behind the Eagles bench, seated along with our other travelling fans.

Make a day of it traveling on the supporters coach for £20 per person. There will be fun and games on the way to Birmingham and hopefully celebrations on the way back. The coach leaves at 7:30am and returns around 11pm.

To purchase tickets, with or without travel, call 01912453880 or email [email protected] with your contact details.