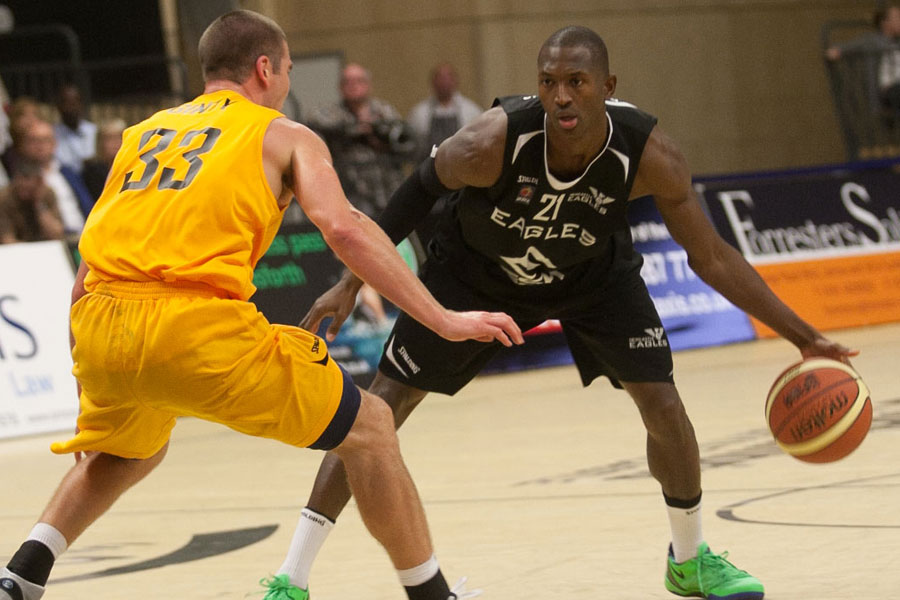 The late game heroics of Esh Group Eagles Newcastle in their top-of-the-table clash with Worcester Wolves show the strides they are making, according to coach Fab Flournoy.

Eagles overcame a late deficit to take victory in overtime last Friday, setting them up perfectly for Sunday’s clash with Cheshire Phoenix.

Flournoy feels he is learning more about his team, the more high-pressure situations they face, and likes what he sees so far.

“It was obviously an important win for us,” said Flournoy. “I really liked our poise down the stretch in regulation time, which allowed us to get it into overtime.

“That is the type of thing you can only build up over time and I feel we are further forward with trusting each other than we were a month ago.

“We actually haven’t played in that many games that were close down the stretch so these are the type of games we need ahead of bigger tests down the line.”

Eagles cruised to victory over Phoenix on opening night but Flournoy is doing his best to forget that, as with all the changes in Cheshire, it is almost irrelevant now.

He said: “Cheshire are basically a different team from the first weekend of the season.

“The guys they have brought in are clearly talented players and we have to put that first game out of our minds and concentrate on our own performance.

“There is nothing specific that we need to look at, just a question of re-emphasising good habits.”

Phoenix coach John Lavery: “We have already played Newcastle this year and they are a good side on a good run so it’s going to be tough.

“We have got to take care of the ball and not turn it over, we must limit them to one shot per offence and get as many stops as possible.”

Eagles guard Drew Lasker: “Friday’s win against Worcester is one that can define a season. It showed the character of our team and how we continue to battle for one another until the final buzzer.

“Everything that can go wrong did in the biggest game of the season but we were able to create our own luck with persistence.”