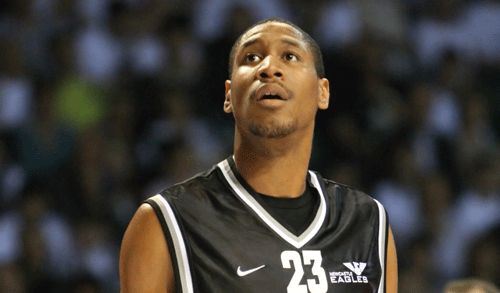 ‘A situation that you just don’t turn down’ is how Team GB skipper Andrew Sullivan has described the lure of a contract in Russia as he bids farewell to Newcastle.

Just two games into his two-month contract with the Eagles, Sullivan has been handed an opportunity to play in the Russian Superleague, receiving the offer while travelling to Milton Keynes last Friday.

While the Londoner didn’t want to let down Flournoy, his team-mates or the fans, the deal meant that a clause in his contract had been activated and he ended up watching from the sidelines as an ex-Eagles player.

Despite the windfall of a deserved money-spinning move, Sullivan was clearly torn between his loyalties to the team he loves and the excitement of playing in a league looking to establish itself as one of the best in the world.

“I got a phone call to say there was a possibility of a job in Russia with Samara, and my agent told me the deal was done,” explained Sullivan.

“That effectively terminated the agreement with Newcastle, hence the reason I didn’t play.

“I am extremely excited as this was the kind of opportunity that I was looking for.

“Of course, this is home. I have been here for about a month now and you do get comfortable. The family has enjoyed being at home and it will be tough to leave.

“It is also going to be tough to leave the guys in the team. I have begun to build friendships with the new guys, and obviously the older guys I have already got friendships with and I have been enjoying spending time with them.

“However, from a basketball standpoint and a financial standpoint, it is a situation that you just don’t turn down.

“You just don’t know if these kind of packages are going to come along again.

“It is something that I have to take and everyone in the Eagles family knows that.”

Sullivan was also preparing himself for a culture shock as he departs for the southern Russian state bordering Kazakhstan. But one thing that won’t be in any doubt will be the quality of the basketball.

Eagles fans can be proud that one of the players they will always consider their own will be will be playing in a league that has even attracted NBA stars such as Jorge Garbajosa.

And the fact that he will be playing in a league that can boast the best team in Europe in CSKA Moscow bodes well for the Team GB captain.

“It is pretty competitive and they do attract better players from across Europe.”

“It will be competitive and challenging, and those are the things I am looking for.

“I am looking forward to getting over there and getting started.”