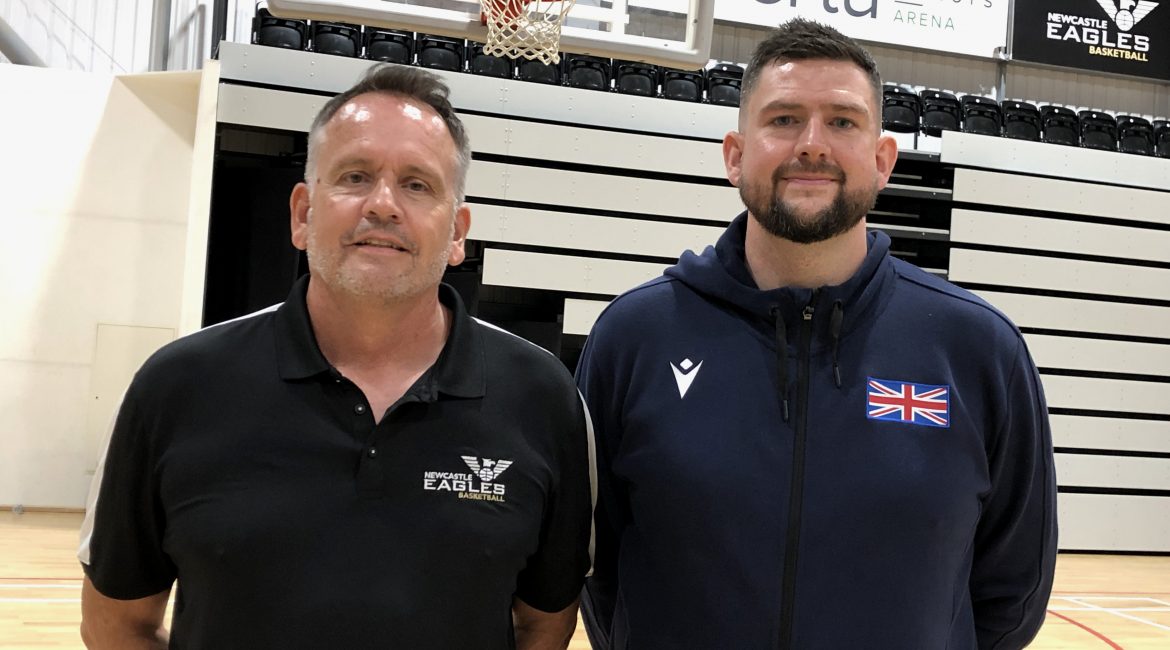 Marc Steutel will welcome the opportunity to benefit from Gary Stronach’s ‘wealth of experience’ after confirming the identity of his assistant coach.

Newcastle Eagles’ playcaller is back on the bench for Great Britain tonight as Nate Reinking’s side open their Eurobasket account against Ukraine in Milan.

But Steutel has left his remodelled roster in the safest of hands after confirming Stronach as his right-hand man.

“Having Gary with the squad for this season is a huge boost,” said Newcastle’s new head coach.

“He knows the league inside out and has a wealth of experience that will be so important for our rebooted group this year.

“Gary is an outstanding communicator and is someone I’m really looking forward to working with closely.”

Steutel took the difficult decision to fly to Italy with GB this week despite Newcastle tipping off their pre-season programme in just seven days.

GET TICKETS FOR PRE-SEASON NOW

But recruiting Stronach means the Eagles’ head coach can focus on his international commitments safe in the knowledge that he will return to a roster up to speed and ready for action.

Newcastle’s players practiced together at the Vertu Motors Arena for the first time yesterday.

And Stronach admitted: “I’m extremely excited about the new season and what this group could go on to achieve.

“First and foremost we need to put Newcastle Eagles back where this club belongs.

“It’s down to the likes of me and Darius [Defoe] to teach the new guys about the ethos of the Eagles Foundation, the club and the community.

“That’s what we’ll be doing this week and moving forward. Newcastle is a club with a great history and it’s important that the new guys are connected to that.”

Stronach’s decision to stay on as a member of Newcastle’s coaching team is, in part, driven by a determination to help right last season’s wrongs.

The proud Geordie is relishing the opportunity to support Steutel’s rebuild and believes the pair can forge a fruitful partnership.

“When the club approached me with a view to staying on I was absolutely delighted,” added Stronach.

“With a new coach and a new direction I had no expectations of what the future might hold but it wasn’t a difficult decision.

“Things change in sport and there are no guarantees but Newcastle owner Paul Blake and coach Steutel made it clear they wanted me on board.

“Last season was very tough for everyone concerned but it’s time for a fresh start and time to look to the future.”

And Stronach will be at the Eagles’ helm if GB advance into the latter stages of Eurobasket.

It would be a familiar role for the former Plymouth playcaller after he was pressed into action last autumn following Ian MacLeod’s Covid diagnosis.

But Stronach added: “I have mixed emotions as far as next week is concerned.

“Of course I want GB and Marc to enjoy a successful Eurobasket campaign but I’m not here to be the head coach.

“That’s Marc’s role and I’m looking forward to watching him shape this Newcastle team and getting the best out of a great group of players.

“I’m always looking to grow my basketball knowledge and I feel I can learn a lot from Marc — just as I did from coach MacLeod last season.

“We’ve already had some really positive conversations and I really like what he has to say.

“Marc has an outstanding record with GB and he’s a passionate guy with huge potential.”

Tickets for pre-season are available now from the Newcastle Eagles Box Office.