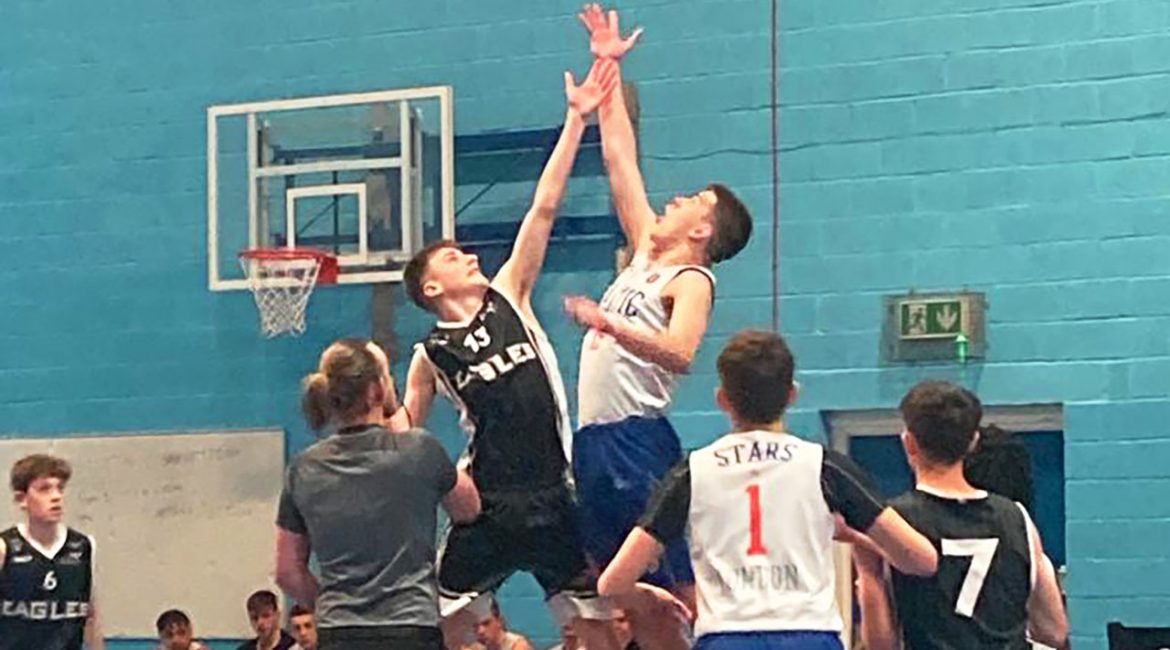 Beaten but unbowed Newcastle Eagles Under 14 boys have already started plotting for next season after their history-making playoff run was finally halted by Baltic Stars.

With head coach Chloe Gaynor involved in a WBBL playoff bid back on Tyneside, her young charges took to the court in London with stand-in playcaller Sam Dobson at the helm.

And a predictably tough quarter-final tie in the capital proved too much for the ambitious Eagles as the hosts ran out 110-53 winners.

Not for the first time this season Newcastle showed their fighting spirit from tip to buzzer in the face of the title-winning Stars.

And after making Baltic work hard for their quarter-final win, attention turns to the off season and maintaining a year of impressive progress under coach Gaynor.

The Stars stormed out of the blocks to hit the first three baskets of a fast-paced playoff clash and set the tone for a homecourt show of strength.

In the face of some stifling defence, Jakub Bobkowski somehow managed to find a way to the basket to get the Eagles’ offence going.

But Baltic’s relentless effort piled the pressure on Dobson’s side and the visitors trailed 24-8 after a punishing first period.

It was Bobkowski who opened the scoring after the restart from the bonus stripe and Newcastle started to find more joy on offence.

George Merrifield converted a much-needed triple before Bobkowski and Danny Ward made their free throws count.

The Stars led 50-22 at the half but a coast-to-coast drive and conversion from Luke Tucker kept the hosts keen.

Bobkowski continued to cause problems in the paint but Baltic extended their lead to 40 points with 10 minutes to play.

Merrifield and Ashton Williamson found their sweet spot down the stretch and a Joseph Osarenkhoe three sparked the most productive quarter of the game for the Eagles.

Aston Hall, Danny Ward, Leo Degnan Potter and Ben Lumley all poured in points in the closing stages as the visitors completed a breakout campaign on the back of an impressive 21-point period.