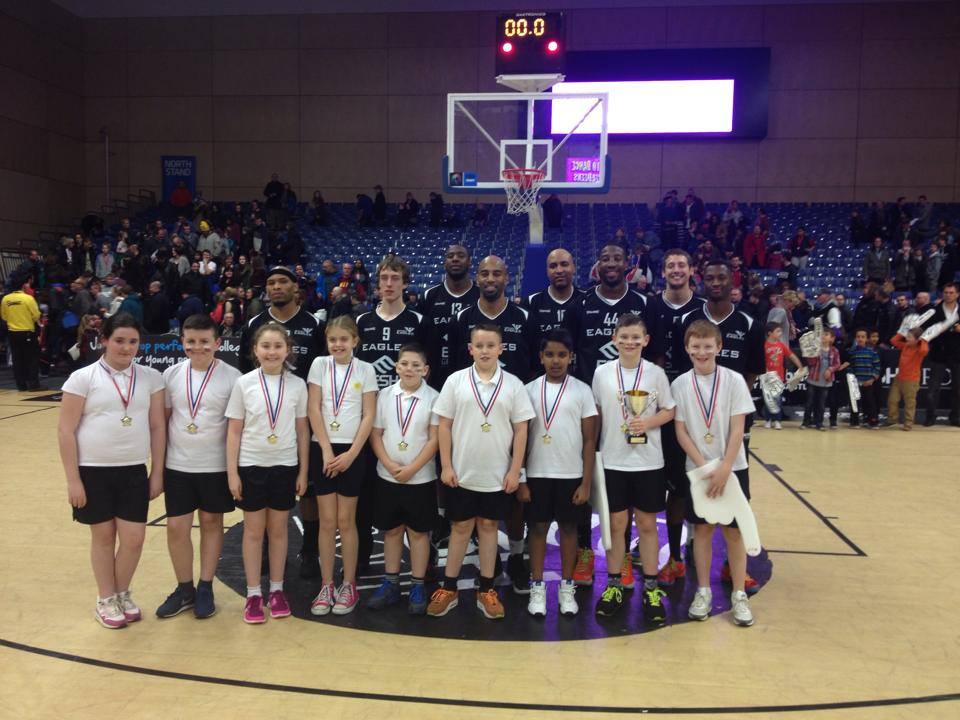 St Albans Primary lifted the Newcastle Hoops4Health crown on Friday 17th January.  Four Newcastle schools were hoping it would be them on the night.

In the first semifinal prior to the Eagles game St. Albans squeezed out a 4 – 2 victory over Cragside primary who were making their first appearance in the semifinals.  Next came the Gosforth battle with Gosforth Central facing Gosforth Junior.  It looked like it might be Central’s night as they seemed to not be able to miss and secured an 8 – 2 win and their place in the final.  In the finals St Albans opened the scoring before Central leveled the score.

At the end of the game St Albans celebrated their victory with a team photo with the Newcastle Eagles team.