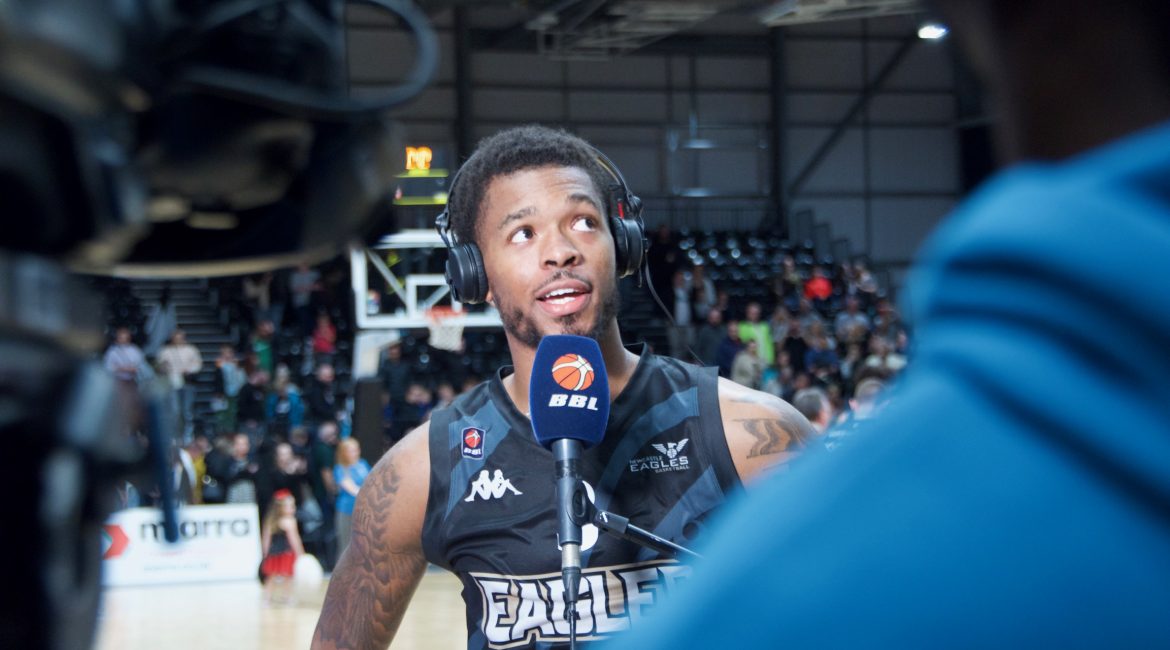 This week’s BBL All-Star Five sees a first appearance of the season for Javion Hamlet after a big-scoring performance against Plymouth City Patriots last Friday night.

Our Eagles made it two home wins on the bounce with Hamlet leading the points as just four players in the league averaging more than 20 points per game so far this campaign.

In Friday’s defeat of the Patriots at Vertu Motors Arena live on Sky Sports, Hamlet scored a huge 31 points and was a handful all night as he shot an incredible 17 free-throws, missing just one (94%).

The American guard worked hard up and down the court handing out seven assists and grabbing six rebounds.

An impressive 61 points on the board and a big lead by the half set the tone of the game early on with Hamlet scoring 16 points with four assists by the break.