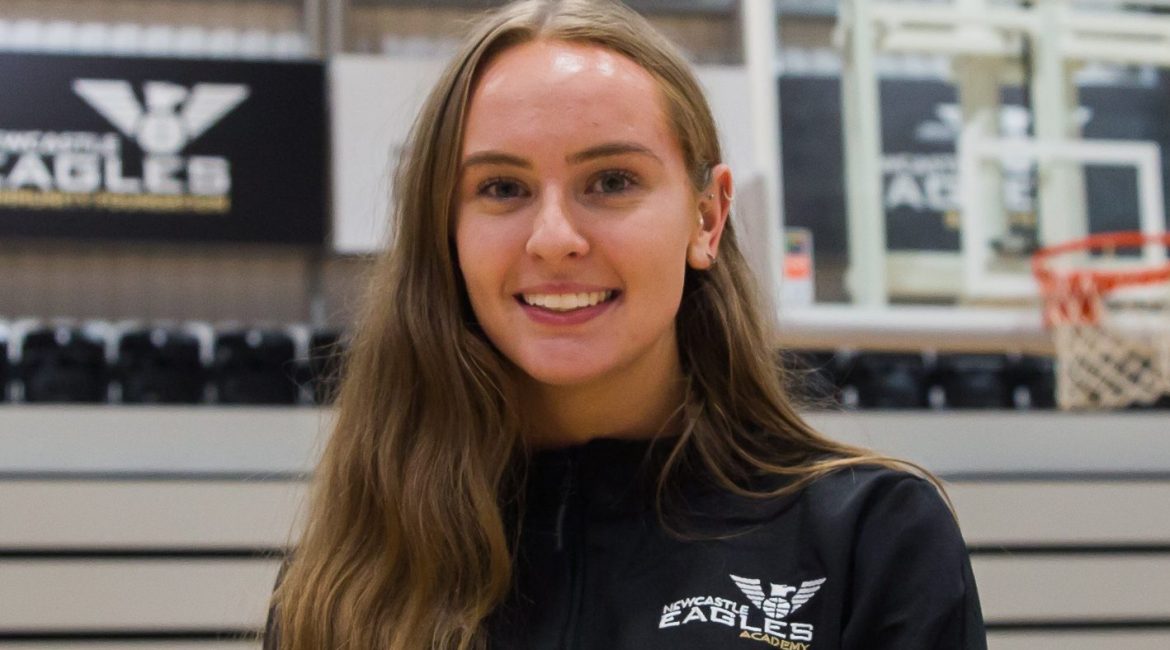 Christmas came early for Newcastle Eagles Academy Under 14 girls as head coach Ellen Totton (pictured) and her side wrapped up 2021 in style.

The Eagles hit the road to take on a short-handed Lancashire Spinners.

And despite a second quarter stumble, Newcastle dominated from start to finish as the visitors pulled off an impressive 68-43 win.

Spinners were only able to name a seven-strong roster in the final fixture before this season’s festive break.

And a flurry of Eagles’ fast-breaks set the first period pace as the Tynesiders surged into an 18-7 lead.

A lack of intensity after the restart allowed the hosts to gain a foothold in the game with Jessie Dormenyo’s hard work under the glass a rare highlight.

Lancashire reduced the deficit to just four points at the half but whatever Totton said during the interval clearly worked.

Newcastle exploded into the third quarter all guns blazing — returning to the fast-break basketball that had underpinned that strong start.

The visitors scored heavily from steals and found their range from beyond the arc as Seraphine O’Neill, Grace Rae and Lexie Walton delivered from downtown.

Totton’s team took a 53-32 lead into the fourth quarter and never looked back to pick up a confidence-boosting pre-Christmas win.