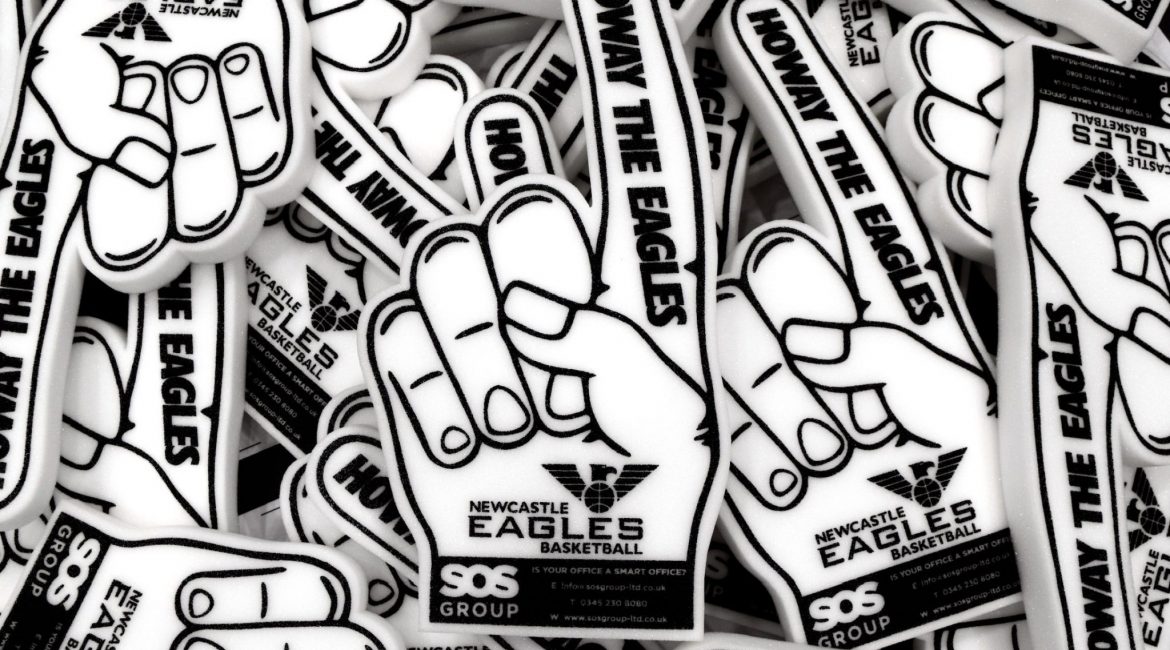 …and a Tyneside-based business with a reputation for putting itself at the heart of the local community was on hand to answer the call.

When Gateshead’s SOS Group got wind of the Eagles’ need for support with sponsorship of the iconic foam hands for its loyal fans, the technology specialist sensed an opportunity.

And now the nationally renowned business’s familiar logo is an even bigger part of Newcastle’s loud and proud game night support as hundreds of branded hands are waved wildly from all four stands.

“We were so happy to lend a hand — so to speak — with sponsorship of the new foam hands for the club!

“The fans seem to love them!”

SOS Group supports a wide range of charities and organisations as it bids to broaden its reach in the local community.

In 2019 the firm was recognised for outstanding charity support at the North East Charity Awards.

And in 2020 SOS Group was named Community Business Of The Year at the Federation of Small Business Awards.

The tech experts have been working alongside the Eagles as an official partner for the last three years.

Dan Black, Sales and Communications Manager, Newcastle Eagles, said: “Having SOS Group sponsor the foam hands has been fantastic and as partnerships go this fits like a glove!

“The continued support we get from Andrew and his team, both in sponsorship and as one of our technology partners for the Vertu Motors Arena, has such a positive impact on the Eagles family.