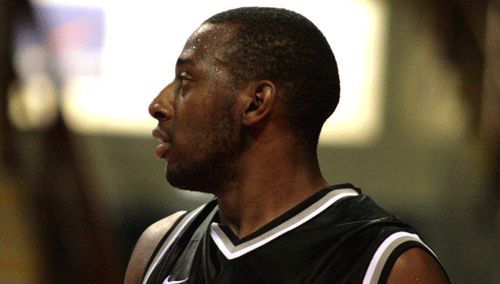 Everton Tigers are the first team through to the BBL play-offs final after comprehensively seeing off regular season title winners Newcastle Eagles 190-158 on aggregate.

Newcastle had needed to put the pressure on Tigers from the start but the largest lead they could muster was 15-11. The final time they led was 28-27 midway through the second quarter. After that it was all Everton as they put together a 12-2 burst to blow open the match.

Eagles led for the majority of the first quarter with Lynard Stewart’s bucket making it 15-11. A 10-5 close to the period, including threes from Jones and last season’s MVP with the Eagles Trey Moore, gave Tigers a 20-21 lead.

After the break Jones continued to cause problems from beyond the arc as Eagles own three-point attempts fell off target. His second triple of the quarter made it 31-41 before Eagles trimmed the gap to 36-41 at half time.

Tigers extended their advantage to 45-59 late in the third, which gave them a huge overall margin of 30 points. A Kevin Bell three on the third quarter buzzer gave Everton a 58-67 lead.

There was no way back for Newcastle in the final stanza as Tigers’ advantage on the night only slipped below double-digits twice. Their lead peaked at 76-95 before Stewart ended the Eagles season with a three point shot – only their seventh in 29 attempts.