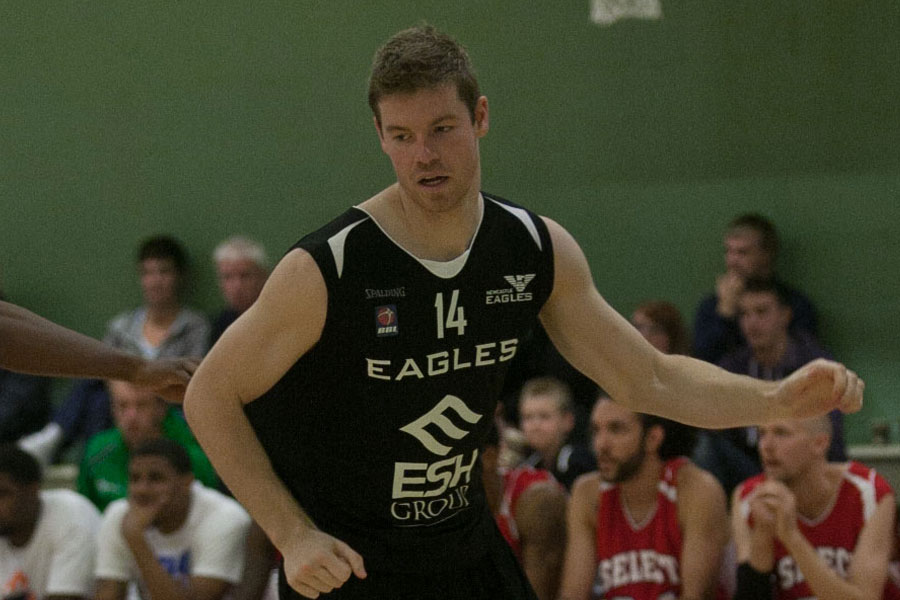 Four debutantes are joined by a player who takes his fourth slot in just five weeks.

It was perhaps written in the stars that BJ Holmes would have a big impact on his belated return to Sharks and so it proved. The BBL Trophy Final MVP was back on board and helped his team dig out an important success against Durham Wildcats, as the hosts kept themselves in the early title race. The guard scored 19 points, making the most of his chance from the free-throw line where he was a perfect ten of ten, but his best work came whilst creating for others. He dished up a sparkling eight assists for his team-mates.

There was palpable relief for everyone involved with the Giants as they finally got their first win of the season with victory against Birmingham Knights and it was a mesmerising three-point shooting bombardment from Gill which stood out. He was sensational from downtown, lighting it up with no fewer than 8 successful triples from just 11 attempts, as he finished with 28 points. He also contributed more than merely devastating shooting prowess by adding an impressive six assists and three steals in the game.

As fans of the Giants celebrated a first success of the campaign, veteran forward Aliu was able to reflect on a game-winning role alongside Gill after racking up a monstrous 34 points in a classic inside-outside display. He also took advantage of the lax perimeter defence from the Knights by making four of five from the arc, as well as shooting 63.6% inside the three-point line. On a superb night offensively for Giants, Aliu handed out five assists to ensure his team got to finally taste that sweet winning feeling.

Brought in to make an impact, Moses is certainly meeting his mandate after producing the best performance of the entire weekend in the BBL to get Phoenix a much needed win against Surrey United. He completed an outstanding double-double after registering 22 points, converting 11 of his 16 attempts inside as United struggled to cope with his finishing skills. He also corralled 14 rebounds, of which an impressive eight were on the offensive glass, as well as producing four assists, two steals and two blocked shots.

There is absolutely no stopping the Wolves centre who is the form player in the BBL right now after he continued what has been a blistering start to the campaign. Creekmore claims a spot in our starting line-up for the fourth time in five weeks, having helped Worcester stay perfect with an excellent win at Sport Central against the Eagles. He was immense on the boards, pulling down 17 rebounds to finish with a double-double after scoring 16 points. He also showed nice vision with five assists and rounded off some fine work by swatting three shots.