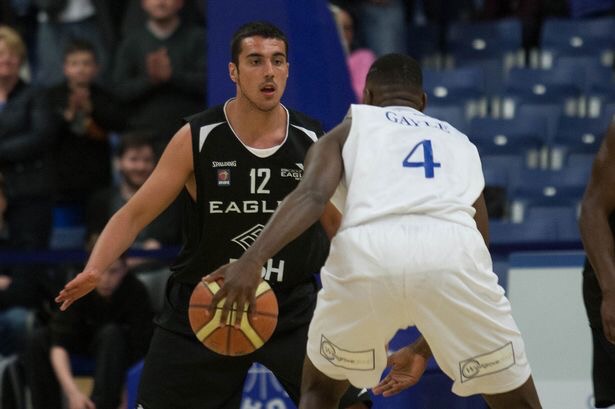 It’s another re-signing for Newcastle Eagles as young British guard Danny Horta Darrington returns to the roster for the 2016/17 season. Horta Darrington came through the Eagles School of Excellence programme and completed his rookie professional season in 2015/16.

This will be the youngster’s second season with the senior Eagles squad and his attitude, commitment and abilities certainly shone through last season and impressed all at The Eagles who were determined to keep an up and coming young British talent in The BBL.

Commenting on the signing Eagles Head Coach Fab Flournoy had this to say.

“Danny made a lot of progress last year. He shows a lot of maturity on the way that he approaches practice and games and I expect him to pushing for more meaningful court time this season.”

That’s a sentiment that Horta Darrington shares himself as he looks to build on the 22 games he played last season when he averaged almost five minutes per game in those appearances and 2 points per game.
The youngster is well aware that he’s no longer a rookie and that more will be expected of him this coming campaign.

“It’s a great opportunity for me and I’m happy I’m able to carry on with the team. I’m hoping this season I’ll get to play more but still my main aim is to develop as a player.”

“Not being a rookie is good because I know what to expect. I’m very excited to be playing with a different looking Eagles team and learning a new playing system.”

The games start on Sunday 4th September with The Eagles playing Bakken Bears of Denmark at 4:00pm followed by Belgium’s Oostende v Estonia’s Tartu at 6:00pm.

Games on the Monday night will be at 6:00pm and 8:00pm and will depend on Sunday’s results as to who tips off against who.

Tickets for this hugely exciting international event are available online now or by phoning The Eagles Office on 0191 2453880. They are priced at £10 per day or £17.50 for the two days.