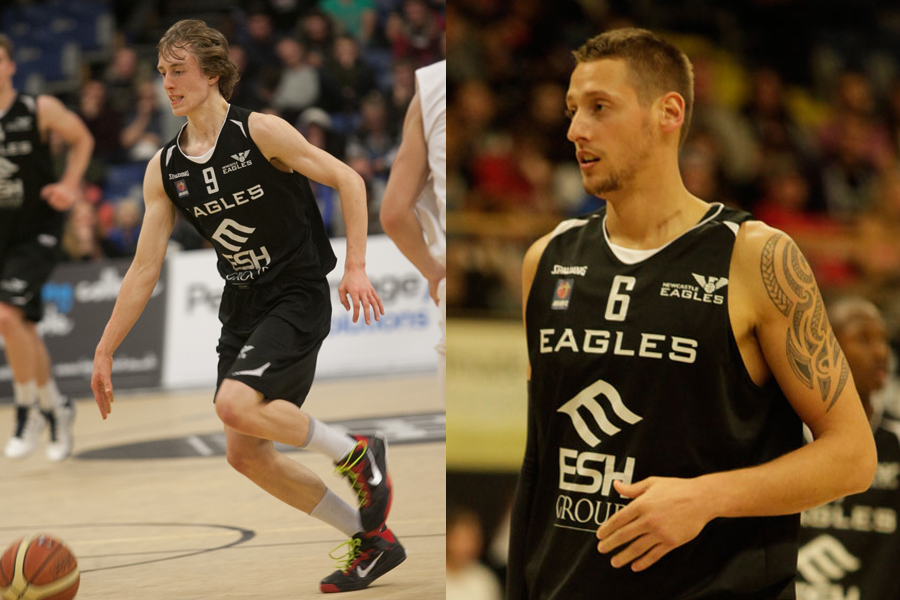 6′ 6” Forward Stuart Thomson returns for his second year on Tyneside whilst despite still being only 18 years old, former Eagles School of Excellence MVP Eddie Matthew begins his third season on the senior bench.

Both players are seen as important parts of the Eagles jigsaw by Head Coach Fab Flournoy and essential to his plans for the forthcoming campaign.

“Eddie and Stu bring so many positives to our squad. Both have been here before, both know our system and both can give us valuable minutes from the bench. They are both what I would call ‘projects’ and its good to have them back to work alongside the more senior and established players and for us to help them as much as they will help us.”

Energy impact Thomson who averaged 10.2 minutes, 4.3 points and 2.1 games from the bench last term will of course be linking up with his brother Andy who has also returned to The Eagles following two successful years in France.

For sharpshooting guard Matthew who averaged 6.6 minutes and 2.1 points last term this is an important season as the youngster is now officially a senior and will no longer play junior basketball this campaign.

Both players will be lining up alongside their team-mates in the forthcoming North East Invitational Tournament to be held at Sport Central on September 8th and 9th involving Eagles, Team USA Select, Durham Wildcats and BBL rookies Leeds Force who have just announced that they will become part of the Esh Group Basketball family.

The tournament is the first chance Eagles fans will get to see their new-look roster as preparations continue for the season ahead.