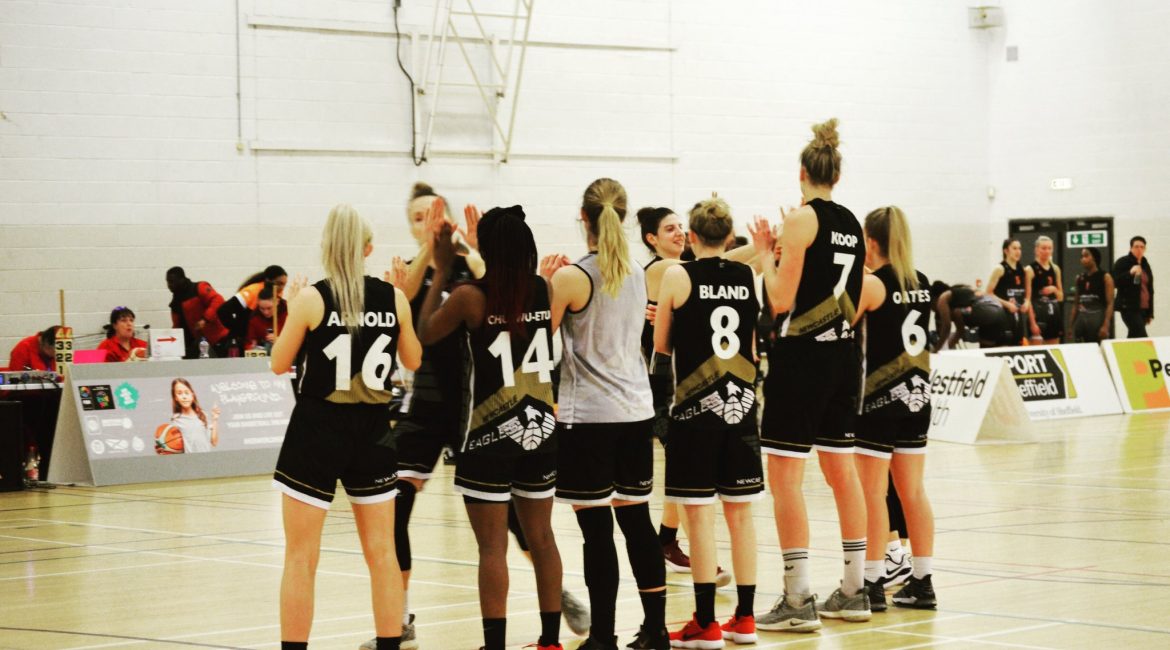 Newcastle Eagles suffered a serious setback in their bid to bag a top two spot after slipping to only a third WBBL defeat in 14 matches.

And the Eagles move to an 11-3 record with eight games remaining in the regular season following a painful 87-65 reverse.

Chris Bunten’s side headed to South Yorkshire boosted by the return of all-action Aussie Georgia Ohrdorf.

And Mante Kvederaviciute was also passed fit ahead of another huge fixture in a landmark campaign for Newcastle.

With both of his star players back in the fold, Bunten must have believed the Eagles could complete a rare win double over Sheffield.

And a strong start caught the Hatters cold as the visitors opened up a deserved seven-point first quarter lead.

Sheffield’s Vanessa Ellis was a serious contender for February’s Coach of the Month award only to be pipped by Durham’s Lee Davie.

But the experienced playcaller has plotted an impressive run at the Hatters’ helm and the hosts responded to an early setback in style.

Newcastle had no answer to an offensive onslaught in period two as Sheffield outscored their rivals 26-12 to lead by seven at the half.

The Eagles stemmed the tide during a competitive third quarter and trailed by eight heading into the decisive stanza.

But nobody could have expected the late flurry of fouls that left Bunten’s side seriously short-handed down the stretch.

And the Hatters strolled to victory as Newcastle’s leading players dropped like flies.

Anja Fuchs-Robetin was the first to pick up a fifth foul on what proved to be an offensive off-day for the normally dependable Austrian.

And Ohrdorf followed her team-mate out of the game 40 seconds later – leaving the Eagles down to the bare bones with more than three minutes on the clock.

German centre Lisa Koop became the third Eagles star to foul out with 137 seconds remaining and Sheffield leading by 13 points.

Newcastle now have two weeks to reflect on their most damaging defeat of the season with Cardiff Met Archers due on Tyneside on March 22 (4pm tip-off):