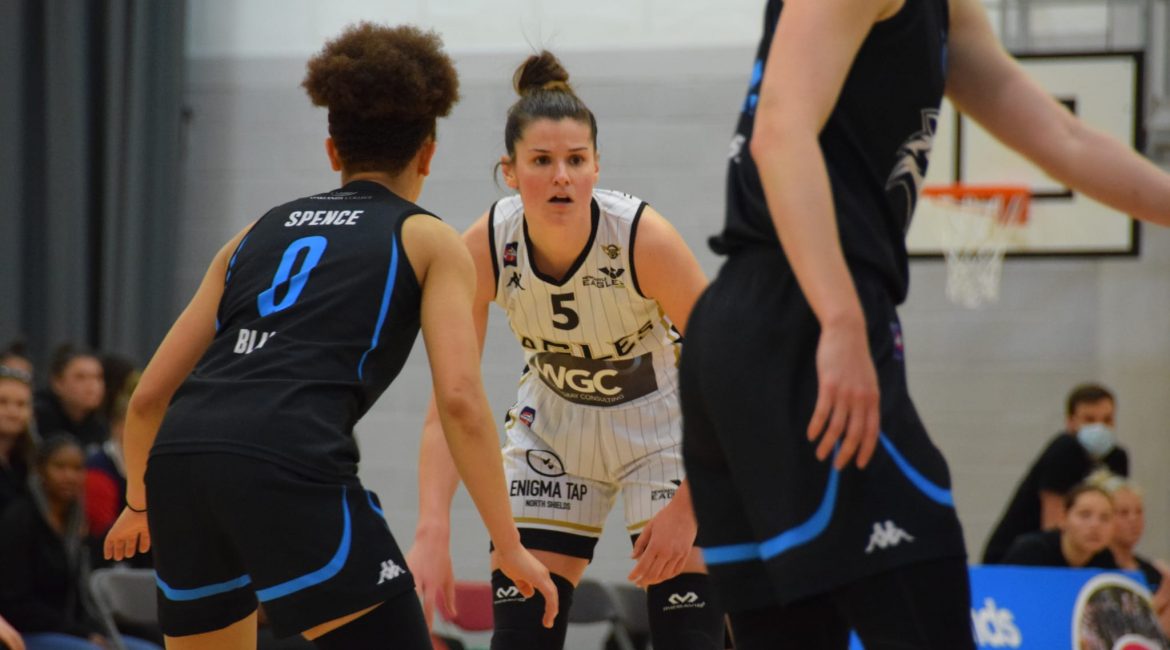 An incident-packed season punctuated by illness, injury and off-court instability finally caught up with short-handed Newcastle Eagles in St Albans.

Second-bottom Oaklands Wolves set the seal on a frustrating campaign for the women in black with a commanding 84-47 homecourt win.

But Newcastle can finally draw a line under a difficult year as head coach Noelia Cacheiro turns her attention to an exciting future on Tyneside.

A fourth fixture in seven days proved a game too far for the fatigued visitors as the Eagles’ seven-strong rotation ran out of steam.

And even the welcome return of leading scorer Maddy McVicar, who led all Newcastle scorers on 19 points, couldn’t prevent a 17th league loss of the season.

Oaklands broke the game wide open on the back of a 15-0 third quarter tear as Kizzy Spence and Marissa Quick picked up the pace.

But in truth the Eagles had left themselves with a mountain to climb after allowing the busy Wolves to build up a nine-point lead at the half.

McVicar, who missed the midweek trip to Cardiff Met Archers, was named alongside Leila Benyahia on the Newcastle bench.

And coach Cacaheiro ran with the same starting five that played all 40 minutes in the Principality on Wednesday.

But it wasn’t long before McVicar was called into action and the returning shooter sank three of her four first quarter shots from beyond the arc to keep the Eagles in contention.

Newcastle skipper Marina Fernandez had opened the scoring for Cacheiro’s side as she sought to build on her season-best 32-point haul in Wales.

And the in-form Spaniard saw plenty of possession during the early exchanges of another WBBL dead rubber.

But Fernandez’s offensive hot streak finally deserted her as the guard shot just five per cent from the floor all afternoon — despite nearing a double double of 11 rebounds and eight assists.

All of McVicar’s points came before the break as the Eagles faded badly after the half.

Newcastle’s overall shooting percentage dipped below 25 per cent down the stretch as Cacheiro’s side was restricted to just five fourth period points.

But Chloe Gaynor — playing through the pain barrier — came within touching distance of a double double after adding nine rebounds to her 13 points.

Rachael Bland signed off for the season with another nine boards and the experienced guard has played some of the best basketball of her career after returning from injury earlier this year.

The popular Wearsider is one of several players key to Cacheiro’s summer rebuilding plans and talks will begin this week with a view to securing a series of signings well in advance of the 2022/23 campaign.