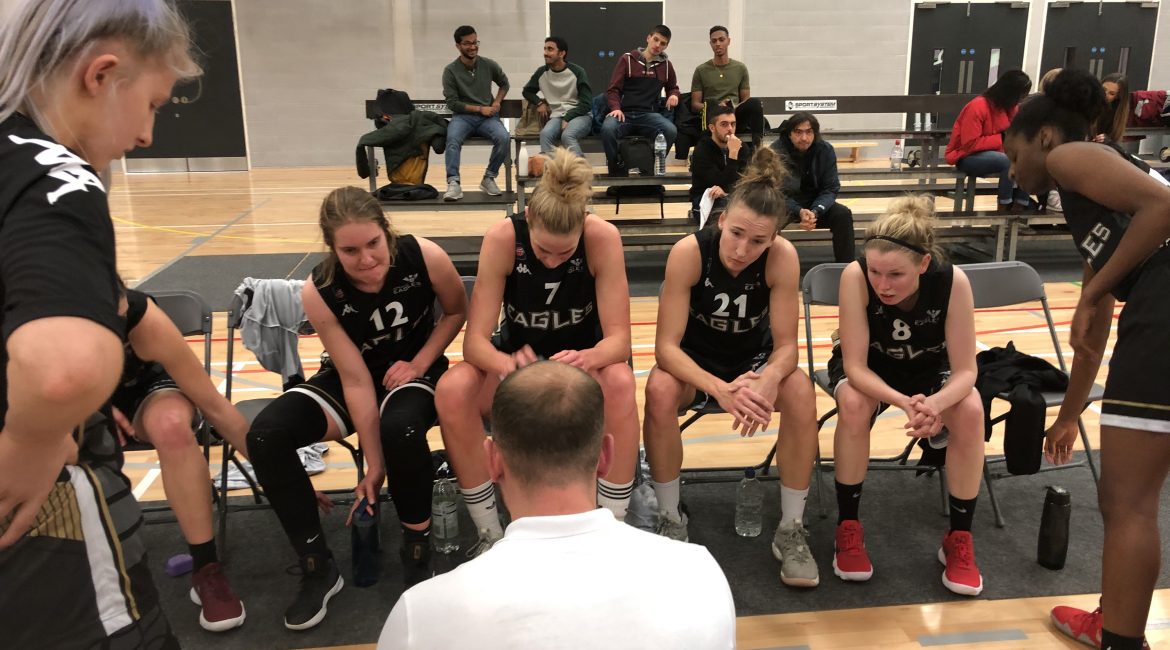 Newcastle Eagles head into 2020 as firm favourites to contest silverware this season following another decisive victory on the road.

Chris Bunten’s side shot to the top of the WBBL Championship table on the back of a sixth straight league win.

And a 96-69 demolition of mid-table Oaklands Wolves was achieved without in-form skipper Giulia Simioni.

Newcastle’s eye-catching win was underpinned by four huge contributions from a quartet of players beginning to make the WBBL their own.

Mante Kvederaviciute led all scorers with a monstrous 31-point haul.

Mante Kvederaviciute does it all – 31 points, seven rebounds and 13 assists – to send @NewcastleEagle to the top of the standings #BritishBasketball pic.twitter.com/kMcffV8hER

More remarkable still was the fact that the Lithuanian international found the time to dish up 13 assists on her way to a dominant double double.

Support came in the shape of November Player of the Month Georgia Ohrdorf who added 13 rebounds to her 24 points.

And not to be outdone, Lisa Koop finally found a way to steer clear of foul trouble and play the full 40 minutes – 20 points and 21 rebounds surely nailing an All Star Five spot this week.

Anja Fuchs-Robetin also scored big on the back of 15 personal with the Austrian bagging nine boards and adding seven assists.

And a delighted Bunten can now plan for next month’s mouthwatering WBBL Cup semi-final showdown with Sevenoaks Suns full of confidence.

A tight first quarter at Oaklands was no indication of what was to follow – the hosts trailing by just two points heading into period two.

But Newcastle cut loose as they headed towards the half with a combination of tight defence and pin-sharp offence delivering a 29-15 quarter win.

Having broken the game wide open the Eagles continued to keep their hosts at bay in the third.

The Wolves were losing the battle of the boards and their grip on the match as Kvederaviciute and Koop ran riot.

The latter edged the battle of the German stars as Oaklands’ Anneke Schlueter struggled to keep pace with her fellow countrywoman.

And if Koop can maintain this sparkling form then the towering centre could be unstoppable in 2020.

Newcastle clinched the final period by six points to move top of the WBBL Championship table for the first time this season.

The Eagles and the Suns are the only two sides with just one league loss this season and their January 4 WBBL Cup clash already looks like a classic tie in the making.