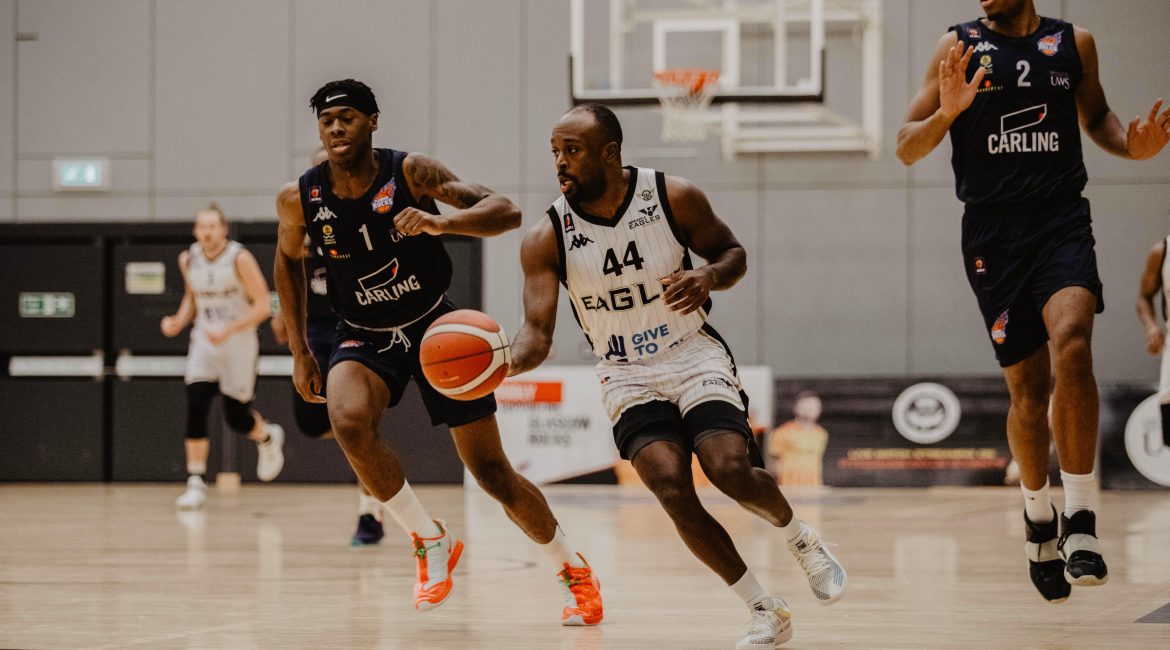 The Newcastle Eagles will end this difficult year with a smile on their faces after a fifth successive win in all competitions sees them entering the New Year at the top of the British Basketball League.

Their latest win was on the road in Glasgow where after a tough first quarter they blew the game open in the second period and then held on comfortably in the final two ten-minute stretches. For the first time in the Championship this season Newcastle went through the 100-point barrier.

Watch highlights of your Eagles at Glasgow Rocks

That they did was down to a superb all-round team performance where they had eight players scoring seven points or more with two of their experienced veterans leading the way. Mercurial point guard and Captain Rahmon Fletcher was brilliant with 29 and “Mr Newcastle” Darius Defoe added 15 from the bench.

Newcastle jumped out early but Glasgow countered and not only stayed with their opponents in the first quarter but led at one stage 24 – 19 before Fletcher and Defoe scored successive baskets to cut the gap to one going into the second.

That was when this high octane Newcastle side really turned on the after burners. Tight defence slowed down the home side and enabled Newcastle to move the ball quickly in great transition offence to start pulling away from Glasgow.

Points from throughout the roster reigned into the Rocks basket and at the end of a fluent and superbly put together ten-minute 28 – 16 effort they left the court for the locker room with a 51 – 40 lead at the half.

They continued to pour that on as the third unfolded. Sayers four-points in a row taking them out to a nineteen point advantage before Rocks player-coach Gareth Murray called a time-out to stop the run.

It did help his side with former University of North Carolina graduate Christian Keeling sparkling on his debut the gap was pulled back but Newcastle still led by twelve going into the final period of the game.

The high-scoring tempo continued in that quarter. But every time Glasgow threatened it seemed as that man Fletcher always found an answer for his side as he hit 14 personal down the stretch and completed a superb double-double by dishing out his 10th assist.

The honour of bringing up Newcastle’s century went to Gordon but Fletcher wasn’t finished yet and his final five points including his third triple of the game ensured that the win was sealed in a comfortable manner.

This run has been brutal in terms of how fast the games have come from this Newcastle side but they now get a chance to rest up. The Manchester Giants home game on the 29th of the month has been postponed due to a positive COVID test in the Manchester camp.

It means The Eagles next play on the road again on Friday 8th January against BBL Championship favourites London Lions at the Copper Box Arena in the Olympic Park. They’ll go into that game rested and determined to carry on the run that has seen them reach the BBL summit.