Report: Eagles WBBL vs Suns and at Palatinates

Newcastle Eagles/News/WBBL/Report: Eagles WBBL vs Suns and at Palatinates 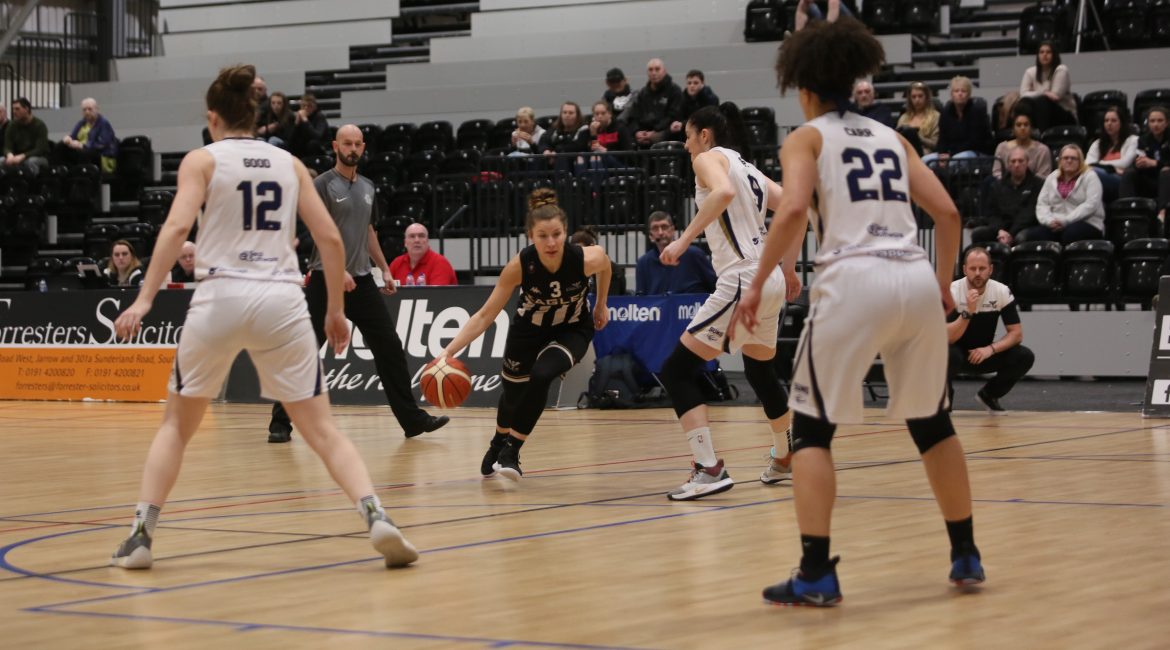 Heading into 2019, Chris Bunten’s side had hoped to finish inside the top four and secure homecourt advantage in the playoffs.

And Saturday’s homecourt clash against title-challenging Leicester Riders suddenly has the look of a must-win fixture for the black and whites with only four regular season matches remaining.

Not for the first time this season Newcastle looked to have laid the foundations for victory against Lee Davie’s side following a strong first half.

But Bunten’s players threw away an eight-point lead at the break and lost the remaining two quarters by six points apiece.

The Eagles went into the game convinced they could bounce back from a crushing 88-37 defeat against the Suns at the Eagles Community Arena on Saturday night.

And it was a full-strength Newcastle roster that headed to Durham seeking to restore pride – and keep the Palatinates at arm’s length in the race for playoff places.

Only one point separated the local rivals after the opening quarter but the Eagles cut loose in the second – winning a one-sided period 19-10.

Bunten must have been confident that his side could close out the game but Durham never know when they’re beaten.

And Davie’s WBBL Trophy finalists slowly but surely hauled themselves back into what was fast becoming another derby classic.

A thrilling final quarter saw the hosts edge ahead but Newcastle skipper Giulia Simioni had the chance to level the match with four seconds to play.

The Swiss saw her three-point effort miss the target and Palatinates’ Monika Bosilj hauled down the defensive rebound before claiming the final point of the game from the free-throw line.

The Eagles are now level on points with Durham and the two sides are fighting it out with Oaklands Wolves and BA London Lions to avoid finishing ninth.

Newcastle host Leicester, London and Cardiff Met Archers before travelling to Manchester Mystics on the final day of the regular season.