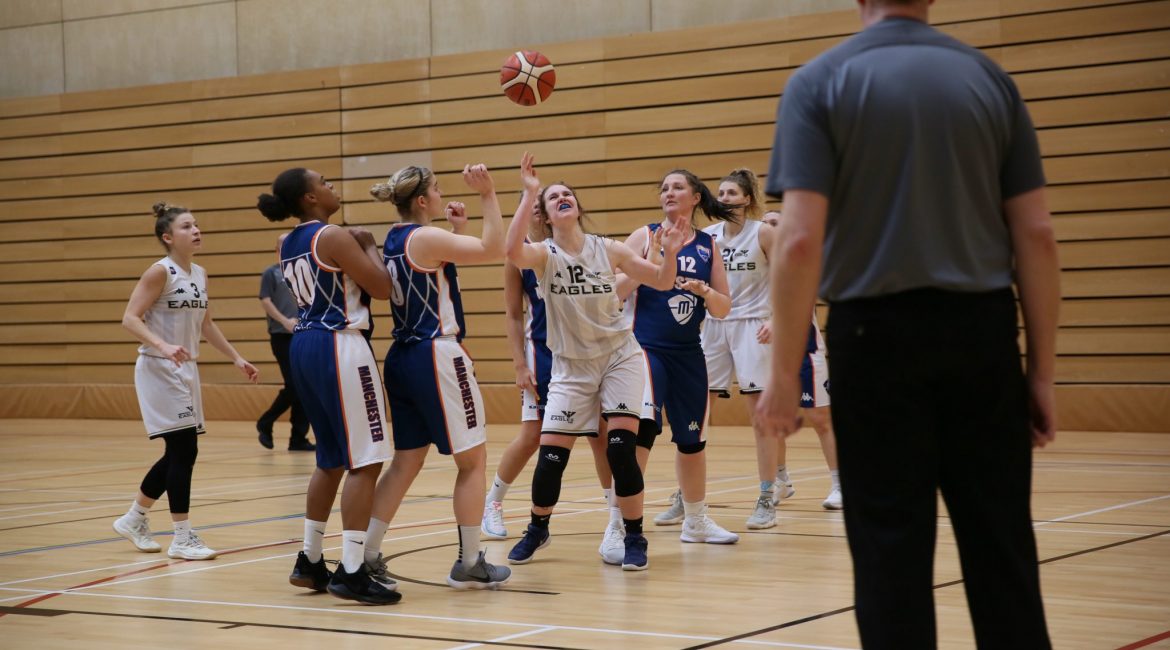 Newcastle Eagles WBBL surrendered their unbeaten start to 2019 as an experienced Sheffield Hatters put a century of points past Chris Bunten’s side.

Taking the win in the Steel City was always going to be a tough ask in the absence of key trio Rachael Bland, Adoniah Lewis and Gerda Morkunaite.

And the hosts won all four quarters – helped by Newcastle’s worrying habit for ill-discipline as the Eagles turned over possession 21 times.

Another error-strewn display followed Bunten’s insistence that his team would look to eradicate the basic mistakes that have punctuated an inconsistent campaign.

And the England assistant coach must go back to the drawing board in a bid to solve his side’s self-destructive nature in the wake of a 109-85 reverse.

One positive to come out of a tough trip to South Yorkshire was 100 per cent shooting from the free throw line – Newcastle hitting all 25 baskets from the bonus stripe.

Without that accuracy a heavy defeat would have been much worse and the Hatters took control from the tip to lead by six after the first quarter.

The Eagles trailed by 17 at the half and even the return to action of former Hatter Steph Gandy couldn’t turn things around.

Sheffield won the third quarter by six points with the increasingly influential Levke Brodersen easing towards a game high 27 points.

Newcastle finally found their touch during a free-flowing final stanza and contributed 24 of the 49 points poured in down the stretch.

In-form Kalina Axentieva underlined her importance to a roster still to realise its true potential – the Bulgarian bagging an Eagles-high 23 points.

And Kara Bonenberger contributed a trademark double double of 14 points and 11 rebounds to keep the Hatters keen.

Newcastle are back in action with their first game in the club’s new home on Wednesday 23 January, when derby rivals Durham Palatinates visit the Eagles Community Arena.