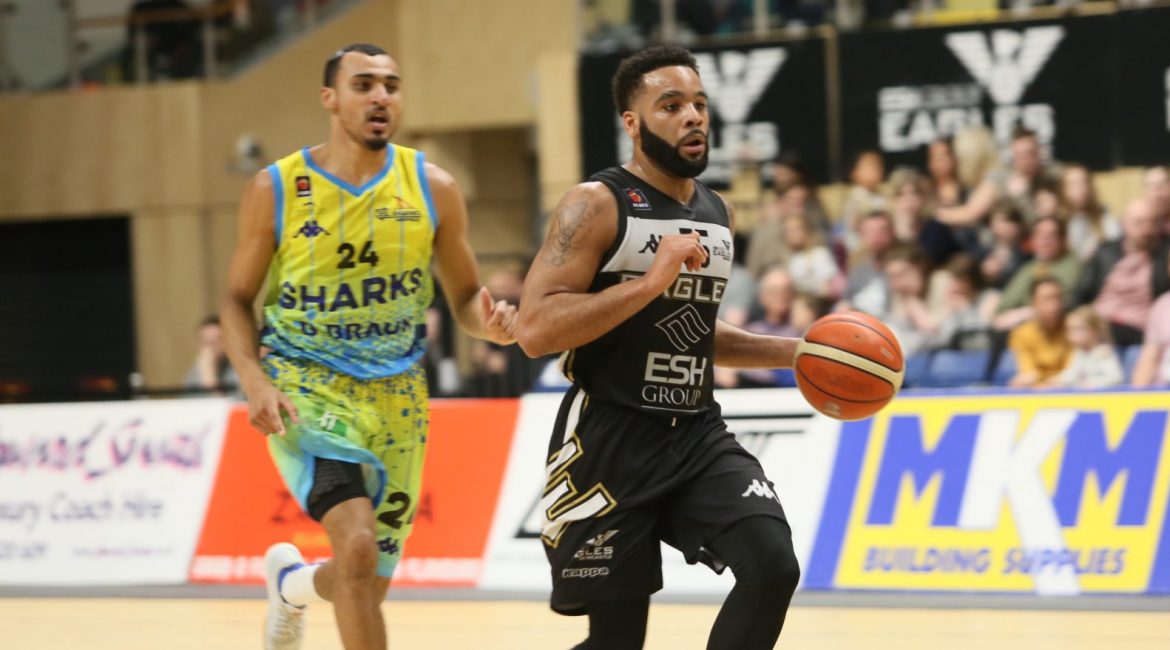 Jaysean Paige inspired a second win in four days as short-handed Newcastle Eagles silenced the critics with an all-round performance evoking the club’s storied past.

Combining pinpoint offence with a defensive determination lacking for so much of this season, the hosts overturned a 10-point first quarter deficit to suffocate a stunned Sheffield Sharks.

And Paige led the way with 24 points, 13 rebounds, eight assists and four steals on a night when Fabulous Flournoy’s men finally looked like a team with one eye on playoff glory.

Predictably, Sheffield’s Tony Wroblicky sank the first of the Sharks’ points – the centre started the clash as the tallest player on court by a clear two inches and coach Atiba Lyons must have instructed his players to exploit an obvious advantage. The only surprise was that the 6ft 10in American failed to hit double figures before the half-time buzzer on his way to two from nine from the field.

Of course much has been made of the hosts’ lack of height and inside presence in the absence of injured duo Darius Defoe and Tony Martin but prior to tonight’s tip off Newcastle’s problems had run far deeper than missing a brace of big bodies in the paint.

Indeed, in Zarko Jukic Newcastle still have their tallest player fit and firing on all cylinders. At 6ft 8in, the Danish international is no shrinking violet so to suggest the Eagles are significantly undersized – even in the midst of an injury crisis – isn’t entirely true.

What they are is under increasing scrutiny every time any team bears down on the offensive glass. Given a solid second half showing against the Sharks that might be about to change.

Entering the final month of the regular season and Newcastle’s transitional roster was still a team searching for its defensive identity heading into a potentially decisive top five fixture. Spring had sprung but still the Eagles had looked vulnerable without the ball.

Utterly at odds with the mantra that has underpinned Flournoy’s decade-long assault on domestic silverware, a collective lack of accountability on defence had undermined Newcastle’s campaign from the get-go.

And with the Eagles’ player-coach unable to set the tone on court as he recovers from an untimely injury, it looked as if the hosts would once again be forced to rely on their undoubted firepower to stay in touch.

Lyons was clearly keen to avoid the shoot-out that would surely favour Newcastle and set up his side accordingly. Neat and tidy, Sheffield took a 20-10 lead into the second quarter and looked in total control after the opening 10 minutes.

However, with the Eagles’ talismanic Paige on court no team can rest easy and a sensational second quarter belonged to the former West Virginia man. Setting up Jukic for an eye-catching alley-oop and comfortably finding his range inside, the shooting guard headed into the half-time break with 11 points, seven assists and seven boards – the failure to convert any of his three-point efforts spoiling an otherwise Herculean effort.

The Sharks trailed 37-32 at the outset of the third quarter and Newcastle hit the first 12 points of the period to put themselves in a winning position for the second time in four days. Paige sealed a deserved double double and back-to-back twos saw the impressive Jure Gunjina take his tally to 10.

The offence was flowing and, reassuringly, the Eagles had hauled down 28 defensive boards heading into the final quarter. Suddenly this was like the Newcastle of old as fierce rivals Sheffield struggled to convert possession into points in the face of serious pressure – watching Paige crawling along the floor in front of the Sharks’ bench to force a timely turnover brought the Sport Central faithful to their feet.

Whisper it quietly but this looked like an Eagles team prepared to play defence. And if the BBL’s second-placed side continue to do so then there’s still plenty of life left in a season that appeared to be spiralling out of control less than a month ago.

The game was live on BBC Sport and is available to watch in full their website.