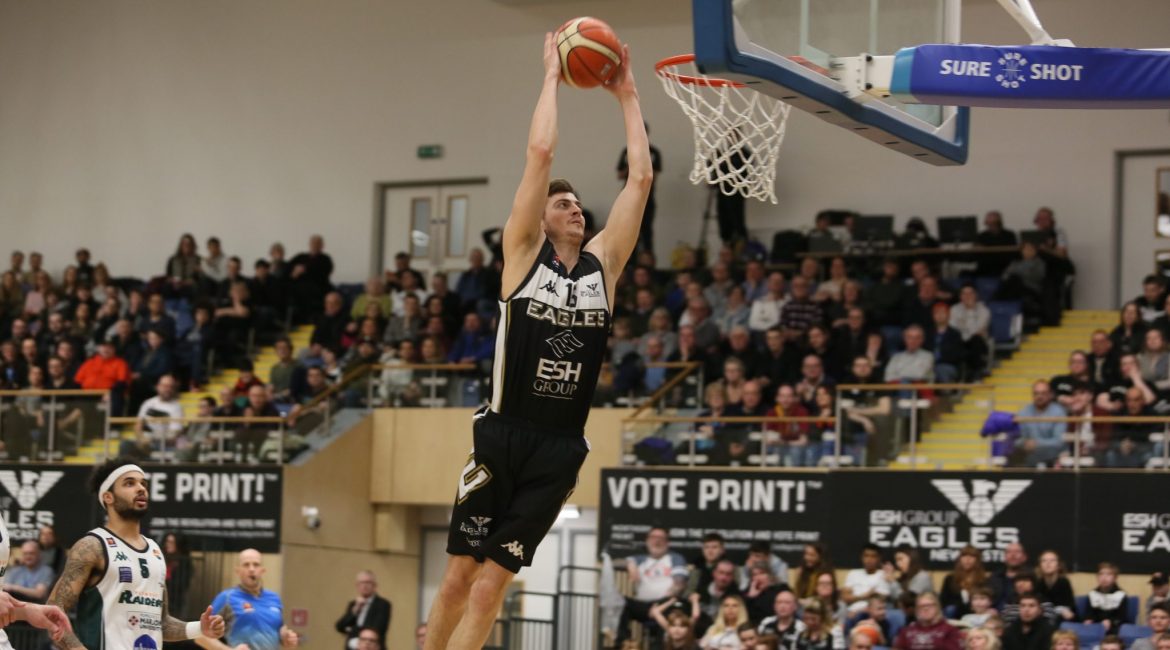 SOMETIMES sport is about making a statement as much as winning the game.

When forward Zarko Jukic dunked the ball three times in 70 first-half seconds, the Newcastle Eagles showed they still have an attack capable of exploding at any moment.

Those two wins have put to bed any concerns over the club’s home form. Transitional season or not, the Eagles are still a threat to put up big numbers when the feeling takes them.

Questions over the team’s defence remain but the hosts had sure the 820-mile round-trip was an unpleasant one for Gavin Love’s team.

Even with skipper Darius Defoe missing out through injury, the Eagles never looked like losing against a side third-bottom in the BBL.

The early stages reflected the good, the bad and the ugly of the Eagles’ season as they moved into an 8-6 lead. Sharp shooting from three-point range was offset by wayward passing, giving Plymouth points off steals.

But inspired by Kai Williams and assisted by the visitors’ sloppiness, the Eagles started to pull away on the scoreboard.

Plymouth were unable to cope with the hosts’ speed, both in transition and on the scoreboard, reeling off an 14-3 run to give themselves a commanding lead.

It didn’t take long for the Eagles to crack out a few party tricks. Jukic turned two turnovers in dunking opportunity, giving the Eagles a 32-16 lead at the end of the first quarter.

And on Newcastle’s first possession of the second quarter, he rose above the rim to slam down Jaysean Paige’s pass.

Danish international Jukic and Croatian Jure Gunjina both showed flashes of their considerable talent, while Paige – who started on the bench – chipped in with his customary burst of points.

The Eagles looked rampant and reached 50 points with almost five minutes left in the second quarter. But as has been the case on a number of occasions this season, Flournoy’s men showed their defensive vulnerabilities a little too readily.

Often an Eagles score was met with a near-instantaneous reply as the Eagles were slow to get back or were beaten off the dribble, even if they still took a comfortable 60-40 lead into half-time.

The second half started in sloppy fashion but soon enough both teams were back into the rhythm of trading points, with the ball flashing from one end to the other like a game of tennis.

Having built his teams on his defensive solidity, Flournoy cut a frustrated figure on the court when simple mistakes – like AJ Basi throwing a clumsy pass straight into the hands of a defender – were punished.

Against higher-quality opposition, such play could prove costly but Plymouth were unable to slow down the Eagles offence, with Paige quietly adding to his impressive scoring stats for the season.

The hosts were always in control, scoring methodically but it felt like they could have went up another gear if needed and took a 81-62 lead into the final 10 minutes.

Jukic and Paige added a little gloss late on, with the former dunking once more, while Jamal Williams also impressed on the night.

Gunjina ensured the Eagles hit the 100-point mark before the Raiders once more responded quickly with a couple of easy, consolation dunks.

Victory ensures the Eagles remain second in the BBL, though still eight points behind the reigning champions, the Leicester Riders, and face the Bristol Flyers at Sport Central next Friday.