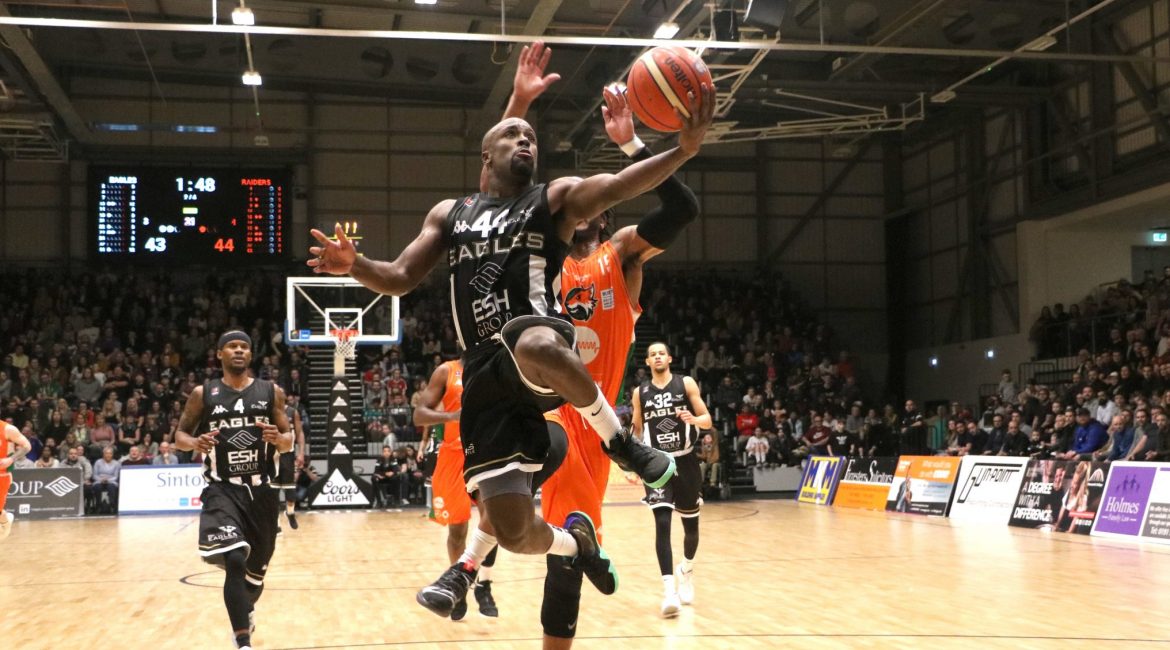 It is almost 20 years since Paul Blake and business partner Ken Nottage – a familiar face on the North East basketball scene – paid a nominal sum to Sir John Hall for sole ownership of the Newcastle Eagles.

Two decades down the line and it feels as if that investment is finally reaping rewards.

A full house at the brand new Eagles Community Arena – finally a venue the club can call its own – offered an exciting glimpse into the future for an organisation with lofty ambitions and a proud legacy to protect.

And for the first time since 1999 Blake can legitimately claim that the biggest gamble of his professional life was a risk worth taking.

A 91-86 loss against Plymouth Raiders almost felt immaterial against the backdrop of an historic night for this much-loved North East institution.

But a sixth league loss of the season reinforced concerns that the current Eagles team lacks the match night nous to challenge for silverware this season.

This is Newcastle’s fourth – and self-evidently best – home. Even before the club’s much heralded rebrand as the Eagles, the Comets started out life at Gateshead Leisure Centre in the autumn of 1995 before moving to the Newcastle Arena later that year.

Fourteen years based on the banks of the Tyne ended in 2010 and a successful eight-year tenure at Northumbria University’s Sport Central ensued. The Eagles thrived in both of their temporary homes but the prospect of a permanent residency must fill Blake and player-coach Fabulous Flournoy with renewed hope and fresh ambition.

Off the court the potential is limitless and the Foundation will be the biggest winners once the Eagles Community Arena is fully operational. On the court Flournoy has the platform to shape another winning roster and repeat the clean sweep successes of 2006, 2012 and 2015.

There is no doubt the transition from Sport Central to the new arena has impacted upon a team that headed into Christmas in unconvincing form. But reassuring back-to-back away wins at Leicester Riders and Plymouth meant optimism was high heading into an emotive night on Tyneside.

So emotive, in fact, that Flournoy failed to hold back the tears when addressing the club’s long-term supporters and sponsors in the VIP Hospitality Suite 15 minutes before tip-off. Ruled out of this historic fixture with injury, the long-serving New Yorker was limited to coaching duties when he was surely itching to pull on a black and white vest.

From courtside Flournoy witnessed an understandably nervy start from the hosts after Darius Defoe sank the first points at in ‘the new nest’. The Raiders led by 10 points with two minutes remaining in the opening period and Newcastle were mightily relieved to see Rahmon Fletcher race coast to coast in the final few seconds to reduce the deficit to five.

The second quarter was a more keenly contested affair with Defoe finally realising his early potential. And with Victor Moses sidelined after hobbling off towards the end of the first period, the veteran forward needed to be at his powerful best in the paint.

Defoe, more than most, went into this landmark match desperate to repay the faith of a boisterous capacity crowd. And it was the player who joined the Eagles as a teenager in 2004 who hit the final points of the third period – taking his tally to 19 – to reduce Plymouth’s latest lead to five.

The Raiders, of course, were hardly interested in sentiment as they looked to spoil a pulsating party in the West End of Newcastle. Avenging the previous weekend’s defeat to the Eagles was their only aim and the visitors remained in pole position for the majority of the final stanza.

And an ice cool Donte Nicholas hit six from six from the free throw line in the dying stages to seal a deserved win for the Raiders. For a beaten but unbowed Newcastle, the next chapter has begun.