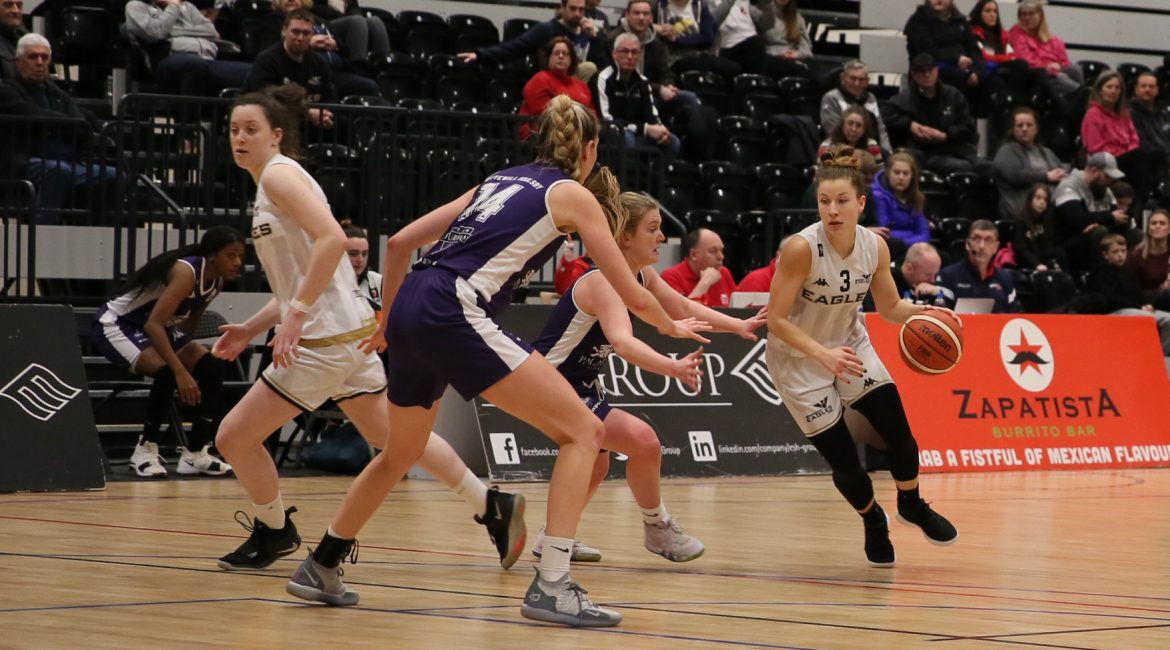 Newcastle Eagles entertain Caledonia Pride on Sunday determined to bow out of the WBBL Trophy in style.

Barring a bizarre sequence of results Chris Bunten’s side looks set to miss out on the knockout stages after struggling to impose themselves on North Group One.

But Newcastle tasted victory at the third attempt in the competition after squeaking past derby rivals Durham Palatinates in a derby thriller.

And after snapping a worrying four-game losing streak the Eagles must be confident of posting back-to-back wins for the first time since early January.

Two defeats in 10 days against the in-form Palatinates had piled the pressure on the hosts ahead of their latest Eagles Community Arena (ECA) clash.

And yet another dogged display by in-form Durham saw an unpredictable North East derby go down to the wire.

A 12-0 run in the last six minutes drew the visitors level and with just seconds remaining Palatinates’ Hannah Ottewill-Soulsby converted a pair of free throws to force overtime.

The previous weekend has seen Durham come from behind to clinch victory at the death.

And it looked like history would repeat itself after Newcastle threw away a double-digit lead in the final quarter.

The two teams traded baskets during a tense overtime period before Bulgarian hotshot Kalina Axentieva, who led all scorers with 19 points, drained a huge three-pointer to put the hosts in the driving seat.

The Palatinates turned the ball over in a bid to bounce back and the Eagles closed out a first victory at the ECA and their first win since January 6.

Coach Bunten, currently on recruitment duty overseas, will be delighted to see his team back on track after a tumultuous spell.

And the welcome return of Aussie Georgia Ohrdorf will not have gone unnoticed by Newcastle’s playcaller – his close-season capture coming through almost nine minutes of action unscathed following a serious concussion before Christmas.

Axentieva was supported by a trademark double double of 14 points and 13 rebounds from Kara Bonenberger.

And if skipper Giulia Simioni is still struggling to find her scoring touch then the inspirational Swiss dished up 13 assists to her grateful team-mates.

Newcastle entertain the Pride from 3pm on Sunday before returning to WBBL action the following week when Nottingham Wildcats head north.

Tickets are available now for Sunday’s WBBL home game, following which Eagles fans can watch the BBL team in action away at Manchester Giants live screened in the hospitality suite straight after the final buzzer in the women’s game.