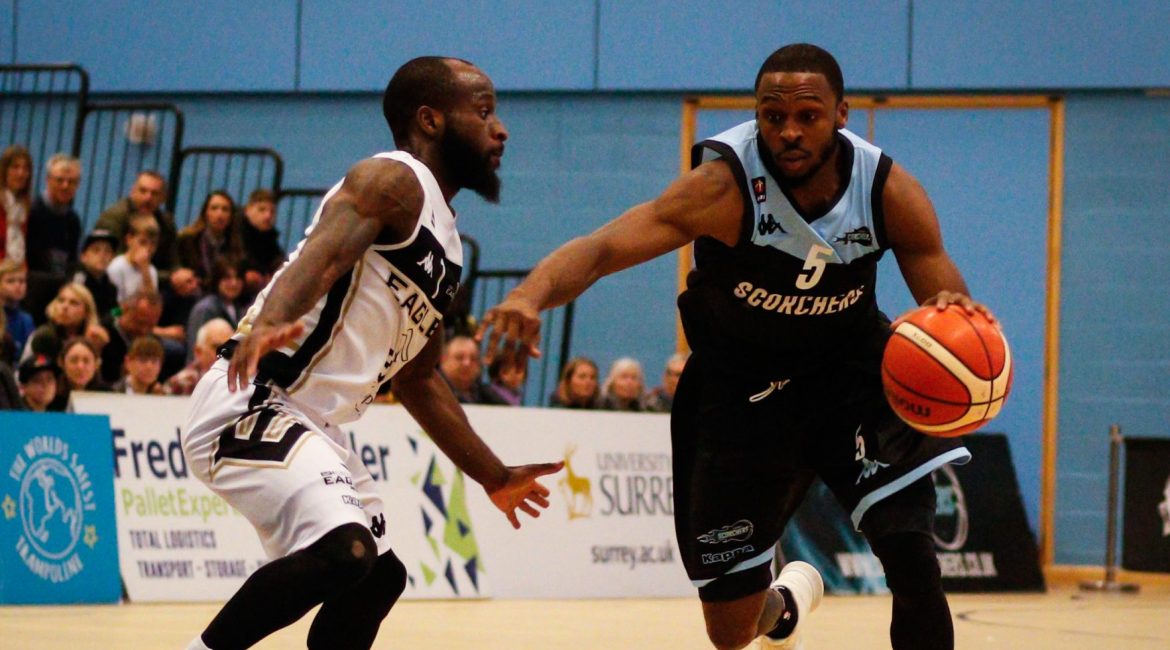 Newcastle Eagles face Bristol Flyers in a mouthwatering repeat of last season’s playoff quarter-final following a day of intense drama in the BBL.

Yesterday’s final round of regular season fixtures threw up a raft of different permutations with Fabulous Flournoy’s men tipping off against Surrey still in with a shout of second spot.

But defeat against the Scorchers guaranteed Newcastle would finish third and a Bristol victory in Manchester saw the Flyers secure sixth place.

The Eagles will host the quarter-final first leg at Sport Central on Friday before heading to the South West for a return leg on Saturday or Sunday.

Newcastle’s narrow loss to Surrey gifted London Lions second place and represented the culmination of a crippling run of injuries for the seven-times champions.

But this was a fixture the visitors could – and should – have won. With 22 seconds on the clock league MVP contender Jaysean Paige had the opportunity to extend the Eagles’ lead to 83-80 but a long two rimmed out.

The Scorchers seized possession and a Saah Nimley foul sent Tony Hicks to the line.

The Surrey star knew two from two from the bonus stripe would all but seal victory and he coolly converted both free throws with just seconds remaining.

The hosts had started strongly but a 9-0 Newcastle run midway through the first period saw the Eagles lead 19-15.

Surrey hit back with a 7-0 tear of their own but two evenly matched sides were separated by just two points heading into the second quarter.

Newcastle went on to dominate the match before the half with player-coach Fabulous Flournoy – fast approaching his 45thbirthday – able to rotate a roster still feeling its way back to full fitness.

Darius Defoe, who would go on to lead all Eagles’ scorers with 20 points and 11 rebounds, looked back to his productive best in the paint.

And Paige proved to be a constant thorn in the Scorchers’ side as he unleashed his full repertoire of shots from inside and beyond the arc.

Newcastle were good value for their 47-42 lead at the half but Surrey weren’t finished yet and the hosts won the third period by seven points.

A Hicks free throw opened up a five-point lead for the Scorchers early in the fourth before a feisty fixture swung back in favour of the Eagles.

The visitors led by three heading into the final minute only for Surrey to claim a 10thstraight homecourt victory – and their first series win against Newcastle in a decade – at the death.

Defeat in Guildford was the Eagles’ 11thleague loss of the season – the club’s worst record since 2007.

That was the last time Newcastle finished outside of the BBL’s top two and it is now three years since the club lifted the Championship title.

Failure to win next month’s playoffs would leave the UK’s most successful franchise with an empty trophy cabinet for only the third time in 13 years.

And it’s clear that a complete overhaul of the playing staff – coupled with a succession of serious injuries – has left the club at a crossroads ahead of this autumn’s move to the brand new Eagles Community Arena.

But Flournoy is hardly renowned for giving up without a fight. And a wounded Newcastle cannot be underestimated heading into what promises to be a riveting post-season.

Tickets for our BBL Play-Offs Quarter-Final are on sale now. The fixture is included in season tickets.