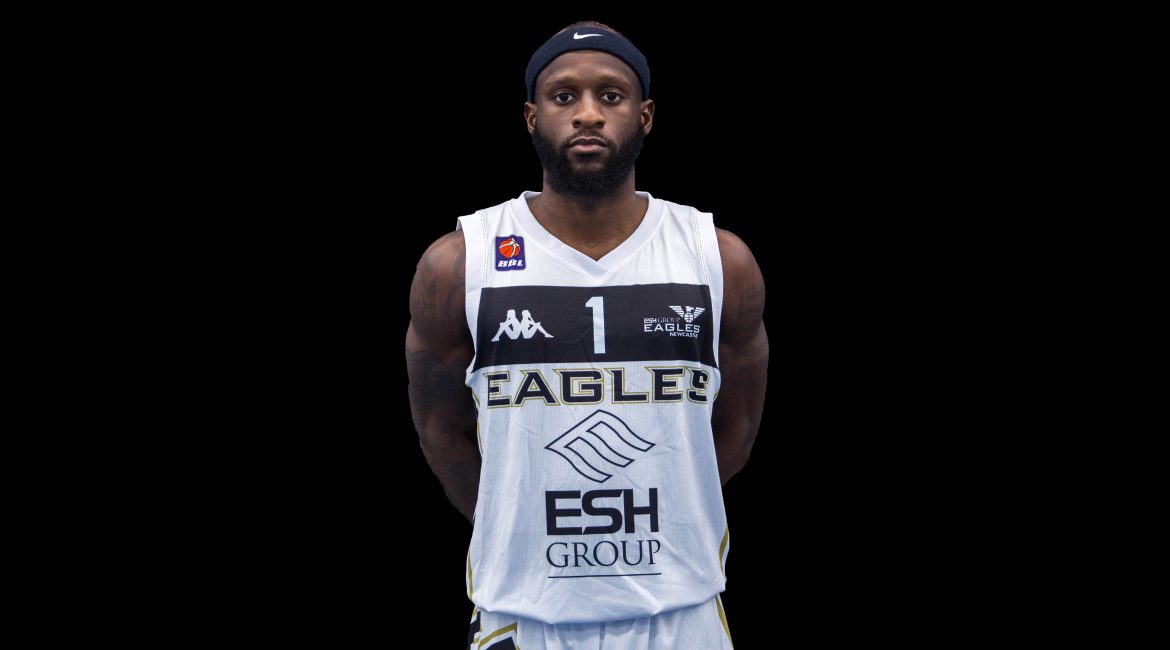 Question? When is a sporting Giant-killing not a shock result? Answer, when Esh Group Eagles Newcastle are in town, writes Jeff King. The irresistible Eagles moved to 3 – 0 for the season to set-up a huge night in Northumbria University Sport Central this coming Friday night.

That’s when the also unbeaten and 3 – 0 London Lions will come roaring in to Toon for the biggest test thus far of Fab Flournoy’s powerful looking roster. But back to last night and once again for the third game running The Eagles went through the 100-point barrier.

But what was more pleasing and particularly for Flournoy and his coaching staff was the visitors defence looked much better than it had on Friday night and they also won all four quarters. Plus, the scoring and minutes was much more balanced as six players recorded double-digit scores.

At times The Eagles did settle for too many jump shots instead of punching the ball inside and after dominating the boards in the first half they gave up too many second chance opportunities to a home side who could not capitalise on those chances.

But, that may be a bit churlish and it may be that this talented Eagles roster does raise expectations amongst themselves and their fantastic away support who once again turned up in great numbers. That may well be the nature of the beast this season as there’s no doubt that this side has massive potential.

Eagles jumped out to a 7 – 0 start and it looked ominous for a Giants side who are now at 0 – 3 for the season but, the home side did hit back early to take an 8 – 7 lead but that was the only time they led in the game.

Newcastle broke the game open over the end of the first quarter and start of the second with 13 unanswered points to take a 33 – 14 lead and Manchester were never going to be able to come back from a double-figure deficit against such powerful opposition.

By the half-time break Eagles led 53 – 37 as the teams disappeared in to the locker rooms for their team talks. For Flournoy it was a case of telling his side to keep their cool, keep playing and concentrate on playing basketball after Saah Nimley had picked up a technical.

That’s what they achieved in the second twenty minutes as all ten Eagles saw significant minutes to spread the scoring and time out. Not unusually their three US imports led the scoring although in Nimley and Jaysean Paige’s case they were down on their more spectacular efforts in the first two games.

Terry Martin was particularly impressive off the bench and Darius Defoe, Jure Gunjina and Kai Williams who set the tone early were also all in double figures. The Eagles now move on and know a very tough assignment against London Lions lies ahead.

That game at Sport Central on Friday looks like being a real classic and will certainly give the victors the first clear advantage of the season in the Championship race.