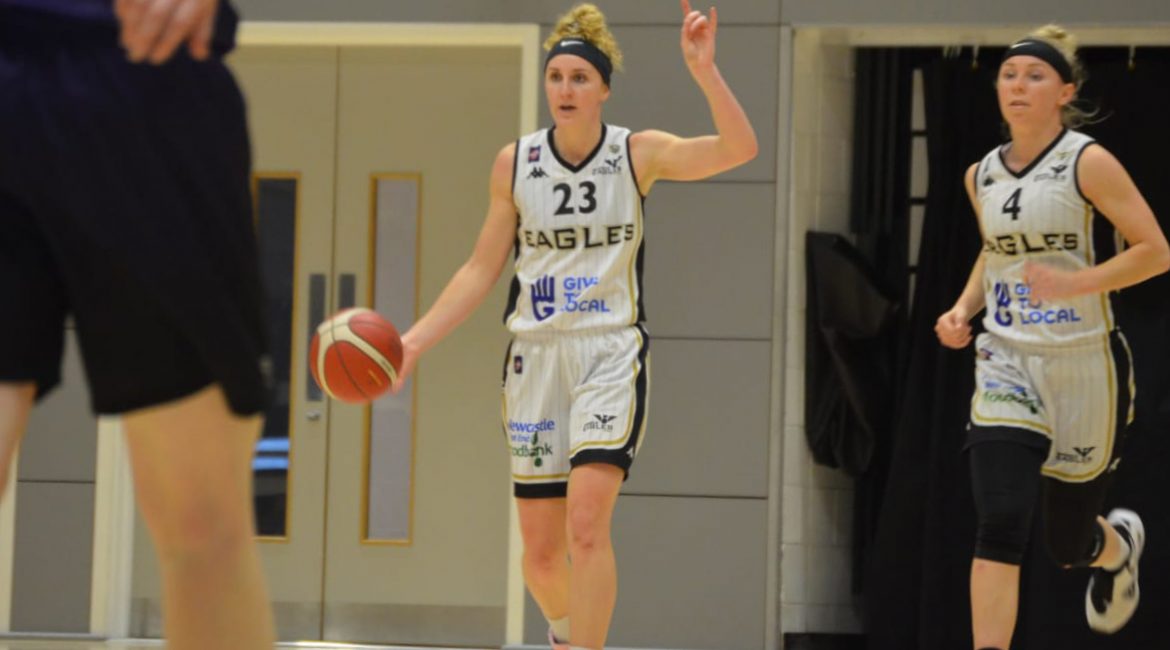 Newcastle Eagles take on the Oaklands Wolves this afternoon looking to claw their way back into top six contention.

Durham Palatinates inflicted a shock defeat on Chris Bunten’s Newcastle yesterday to take the spoils in the first of this season’s North East derbies.

And the Eagles must regroup and refocus as they bid to topple Oaklands at the Vertu Motors Arena.

Bunten had identified the twin threat of Palatinates pair Claire Paxton and Kara Elderkin prior to Newcastle’s short trip south.

But the visitors buckled under the pressure of Durham’s destructive duo as the hosts closed out a second league win at the 14th attempt.

Paxton and Elderkin combined for a mammoth 46 points and 27 rebounds to underpin an upset win for Lee Davie’s WBBL strugglers.

And Bunten will be rueing a missed opportunity with his team on the brink of securing a playoff place and an unlikely invite to the post-season party.

In truth, Newcastle only had themselves to blame following a bright start that restricted the Palatinates to just nine first period points.

The Eagles opened up a seven-point advantage after the opening 10 minutes with Elderkin, in particular, unable to make her mark.

But Durham won the next three quarters and stayed strong down the stretch on their way to a fully deserved victory.

On a disappointing afternoon for the visitors, a disastrous return from the free-throw line summed up a sloppy display from Newcastle.

Bunten’s side missed 11 of their 23 shots from the bonus stripe as the visitors failed to punish the aggressive hosts.

And that profligacy was enough to hand the Palatinates the win on an afternoon when the narrowest of margins decided a bruising derby.

If Durham dominated in the paint then the Eagles bossed the backcourt.

But Bunten’s side never looked like the fluid offensive unit that has troubled most teams since the turn of the year.

And a paltry return of just 26 baskets from 80 field goal attempts meant the hosts were never put under any sustained pressure.

Two committed teams were tied at 31-31 heading into the half and neither side was able to open up a lead in excess of 10 points.

But Durham had the momentum after the break as Paxton and former Team Northumbria favourite Elderkin turned the screw.

The Palatinates clinched a scrappy third period 20-17 to open up a three-point lead heading into the final quarter.

And although McVicar fired the Eagles into an early fourth period lead, Davie’s side was eight points ahead with three minutes to play.

Durham’s Goretti Hurtado Barbeito fouled out down the stretch as Newcastle piled on the pressure in the closing stages.

But that flurry of missed free throws would cost the visitors dearly as the Eagles saw two league points slip through their fingers.

And it was Elderkin who had the last laugh against her former team-mates as the US forward converted two from two from the bonus stripe to seal a famous five-point win.

Newcastle look to get back on track against Oaklands from 4pm and fans can watch the action live on our box office for just £2.99 – discounted to £1.99 for our BBL season ticket holders.