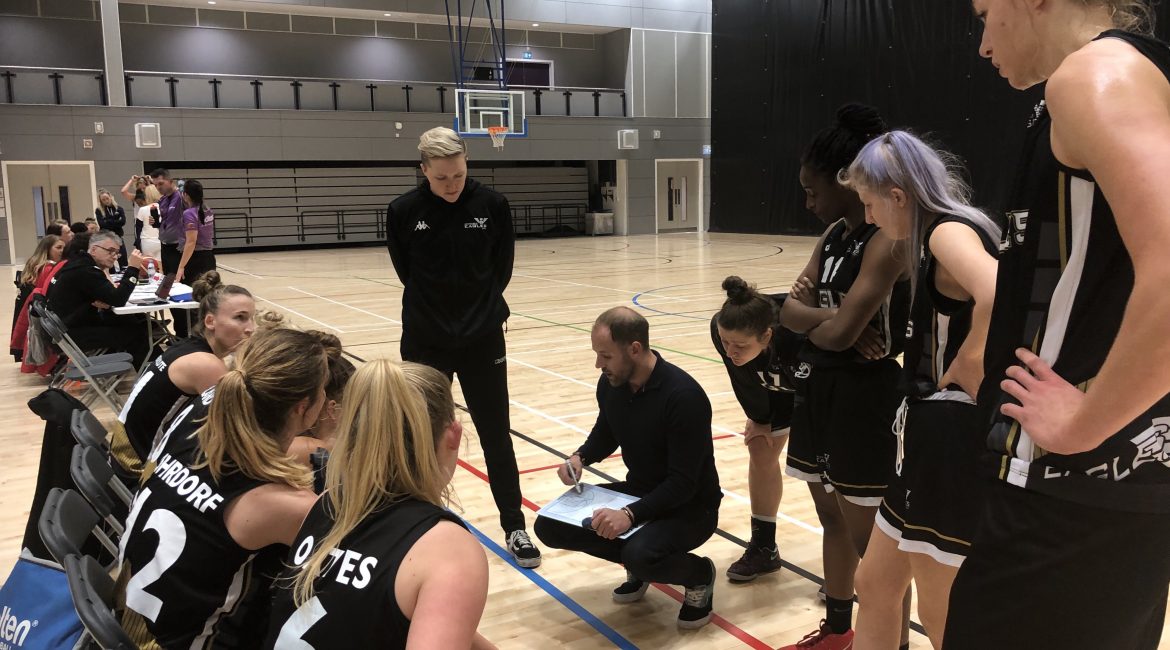 Unstoppable Georgia Ohrdorf played her way into next week’s WBBL All Star Five with an another eye-catching double double to destroy a shellshocked Durham Palatinates.

The Maiden Castle club were blown away by the black and whites as a one-sided derby went the way of the rampant visitors.

And Ohrdorf built on her burgeoning reputation with a mammoth 20 points, 17 rebounds, two assists and two steals.

The Eagles flew out of the blocks in a bid to build on the previous week’s high-scoring win against Essex Rebels.

And Lee Davie’s side had no answer to Newcastle’s in-form Ohrdorf as one of the WBBL’s most consistent performers led from the front.

The free-scoring Aussie bagged a sensational nine rebounds and seven points inside the first 10 minutes to dominate the opening period.

And the Eagles were well worth their 25-10 lead heading into the second quarter.

Head coach Chris Bunten couldn’t have dreamed of a better start but things rapidly went from bad to worse for opposite number Davie.

The Palatinates playcaller watched his team outplayed in every department as the relentless visitors pounded their rivals in the paint and made the key shots count.

Durham’s woeful shooting hardly helped as the hosts missed all 13 first half attempts from three-point range and shot a meagre 17 per cent overall from the field.

By contrast, Newcastle were on fire as an offensive unit as they nailed almost one in every two attempts from the field.

Palatinates limped towards the sanctuary of the locker room trailing 46-19 at the half.

And a failure to shut down the dangerous Ohrdorf had cost Davie’s players dearly – the Eagles’ forward carrying 12 points and 11 rebounds into the mid-game break.

Team-mate Giulia Simioni was back to her creative best as she dished up seven first half assists.

And there was ample support from Newcastle’s bench as veteran Rachael Bland and Eagles rookie Millie Oates combined for 14 points and four rebounds in the opening 20 minutes.

Durham restored some pride during a battling third quarter as the Palatinates outscored their local rivals 22-20.

But Newcastle were far from finished with starters Mante Kvederaviciute and Lisa Koop adding double-digit scores to another impressive Eagles tally.

Bland finished the game with nine points and eight rebounds while Swiss playmaker Simioni ran a piercing offence behind 14 assists.